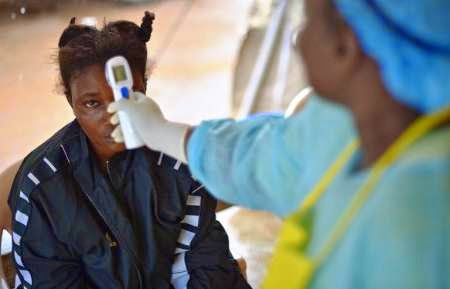 Tension took over the entire campus of Obafemi Awolowo University in Ile Ife yesterday following the discovery of a suspected Ebola virus host.

A female student was admitted at the OAU Health Center over a suspected Ebola infection after she confessed that she had contact with the late Port Harcourt Doctor, Iyke Enemuo

The Health Commissioner, Dr Temitope Ilori said the female student had been put in the isolation ward.

Ilori said, “I was told that a student of the OAU who had contact with the doctor who died of the Ebola virus in Port Harcourt walked into the health centre when she was sick.

“She was said to have told doctors at the health centre that she had contact with the Port Harcourt doctor and was put under surveillance but she said she tested negative that time.

“Now she returned to the OAU to continue with her studies and was sick. She was said to have walked to the health centre and told them everything about her contact with the doctor.

“Her blood sample has been taken for another test in Lagos and we are awaiting the result. We pray she is not positive but she has been isolated at the health centre.”