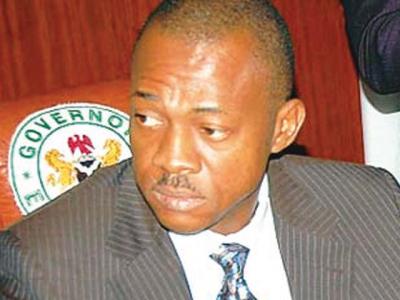 Some Enugu indigenes who were recently disengaged from the Abia State public service have prayed Governor Sullivan Chime, the Enugu State Governor, to absorb them into the state civil service.

More than 100 Enugu indigenes, mainly women, were among non-natives recently disengaged from the Abia State public service. They were disengaged through a letter, with reference number HAS/S.0071/11/132, dated August 25 and signed by the secretary to the Abia government.

In a letter signed by Igwe Onyia, on behalf of the affected workers, they prayed their state governor to re-absorb them to save them from the embarrassment received from the Abia government.

“Most of us are widows and even those whose husbands are still alive, due to the state government’s clamp down on traders in Aba, their businesses have been grounded and the burden of taking care of our families rests squarely on us,” the letter read.

The workers lamented the fact that they were sacked without benefits, despite the number of years they had spent serving in Abia state.

“Most of us have spent as much as 30 years in the Abia state public service, and now we are supposed to reap from our years of hard work, we’ve been asked to go,” they said. “About two or three of us are to retire this month and with this sack order, what will they do?”

Describing Chime as their Nelson Mandela, they asked him to save them from what they called an “apartheid policy”, emphasising that they were stranded in Abia.

The workers expressed regret that on several occasions they had made representations to their home government over the issue, but nothing came out of it.

“On three occasions, we went to Government House, Enugu, over this man’s inhumanity to man and we were not given any attention. It was only on the last visit that we were asked to compile the names of the affected workers, which, we did, but up till now, we’ve not heard from anybody,” they said.

“Gov. Chime should, as a matter of urgency, re-absorb us into the Enugu state public service because presently, we are being made the laughing stock in Abia and we do not know what to do again.”(daily times)