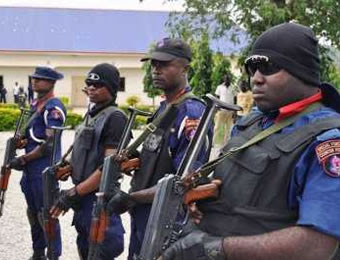 The manager of the defunct Nigerian Telecommunication Limited (NITEL) has been caught by Kwara NSCDC command for allegedly stealing and selling some equipment owned by the defunct firm.

The suspect identified as 62-year-old Benedict Uwulekhue who moved the equipment from NITEL office to his house said prospective buyers pressured him to sell the equipment to them.

Uwulekhue who said he did it in good faith claimed innocence of his actions.

He allegedly offered N140,000 to Kwara State NSCDC Commandant Pedro Ideba to kill the criminal investigation but his offer was rejected.

The suspect was paraded alongside 11 other accomplices on allegation of vandalism, criminal conspiracy and illegal sale of NITEL equipment in Kwara today.