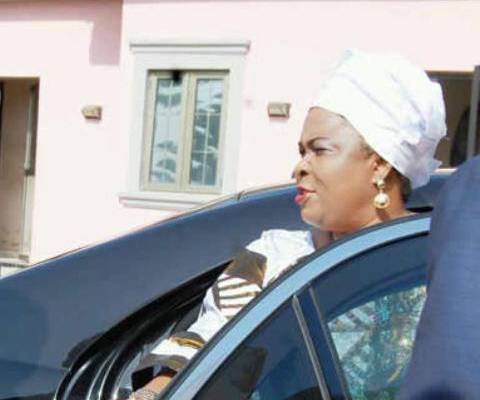 The immediate past First Lady of Nigeria, Dame Patience Jonathan was slightly embarrassed yesterday when FAAN officials at Port Harcourt airport denied her convoy access to the tarmac.

The GM of Corporate Affairs, Yakubu Dati who confirmed the step taken said it was done in line with the existing security protocol at the airport.

Here is an official statement from FAAN:

“The former First Lady’s convoy was only denied access to the foot of the aircraft during boarding formalities at the airport in line with international aviation best practices, strictly for safety reasons, as prescribed by the International Civil Aviation Organisation. Our security officials explained this fact to details of the former First Lady.

“We wish to recall that former President Goodluck Jonathan, in his recent trips from the same airport, had had to walk to the aircraft from the protocol lounge, in recognition of this ICAO regulation.”

Our former “madam on top” has forgotten that she is no longer the First Lady.

Make we no blame her it takes time getting used to.

Continue Reading
You may also like...
Related Topics:patience jonathan disgraced by faan officials

Fayose Jailed 2 Ekiti APC Leaders, Sent 10 Into Exile, Transferred Teachers Into Remote Areas
Taiwo Hassan Ogogo: I Didn’t Use Ritual For Fame, God Is The Secret Of My Success