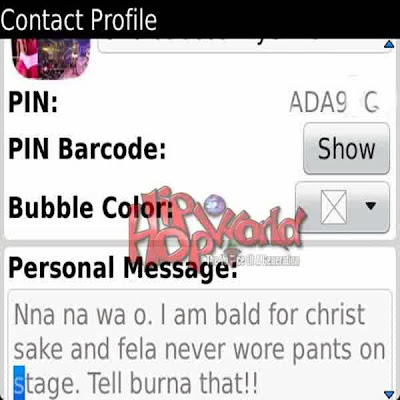 Burna the boy took to the stage this past Sunday to honour the late Afrobeat star by performing in his underpants at Felabration 2013.

If you missed the video, watch it below:
httpv://www.youtube.com/watch?v=3aYlQX9E4TE

In defence of his father, the youngest son of the late musician, Seun Anikulapo Kuti blasts Burna Boy in a recent black berry message

“Nna na wa o. I am bald for christ sake and fela never wore pants on stage. Tell burna that!!”

Watch the video below to see for yourself.

Below are photos of Fela performing in underpants on several occasions

I think Seun should wake up from his slumber or something.