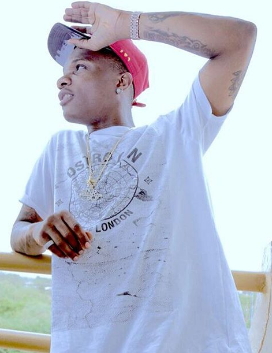 Officials of Lagos Police command have arrested a 19-year-old girl posing as Wizkid on Facebook.

The self-professed DELSU undergraduate whose name wasn’t disclosed duped many people including fellow students of the University of Lagos before she was arrested.

Among her many victims were 2 people living overseas.

The female undergraduate of the Delta State University was arrested after Wizkid reported the matter to the police.

10 thoughts on “Female DELSU Student Posing As Wizkid On Facebook Arrested For Duping Fans Of N10.4M”