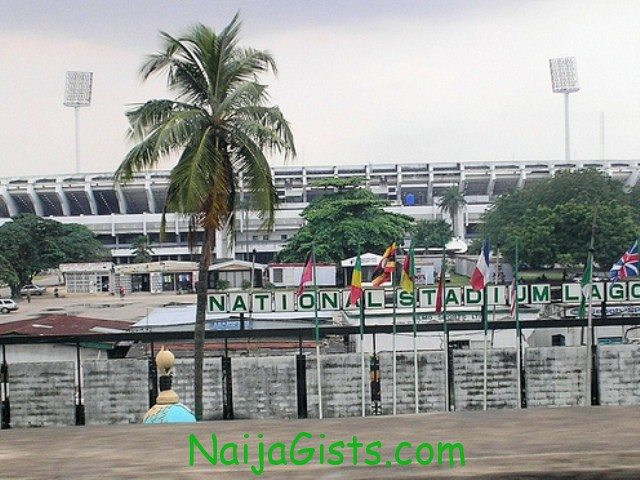 The ground floor of O’Jez Restaurant, located in the heart of the National Stadium in Surulere, Lagos was gutted by fire on Wednesday. naijagists.com

The inferno, caused by a power surge in the popular celebrity hangout early today, destroyed some items including plastic chairs,
tables and an aquarium before the staff of O’Jez noticed it and raised an alarm.

The combined efforts of the restaurant’s staff with some staff of the National Sports Commission and a few athletes training in the stadium at that time,
helped minimise the intensity of the inferno, before the arrival of fire fighters from Iganmu.

The fire fighters from Ilupeju were also at the Stadium to help put off the fire from spreading to the other parts of the Sports City.

Spokesperson of O’jez, Justin Akpovi-Esade, told P.M.NEWS that the fire was put off in good time, and that no casualty was recorded in the incident.

He disclosed that staff of the restaurant are already back at their different bars to resume normal services to their customers.