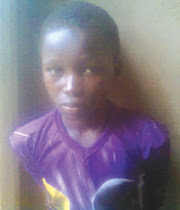 A yet to be identified man on Monday successfully traded a 15-year old boy, Seun Aderinwale, for two bags of rice valued at N20,000 at Igando in Alimosho area of Lagos State, southwest Nigeria. According to eyewitness account, the man, whose address is unknown, went to 4, Ifesowapo Street, Igando, on Monday morning to buy two bags of rice from a shop owned by a woman identified as Iya Ibrahim.

The rice seller was not available at the time but her son, Ibrahim, agreed to the man’s proposal to drop Seun, an Aluminium apprentice, as collateral, in order to collect the two bags of rice and return later to pay.

However, when the shop owner returned in the afternoon, she was surprised to see Seun who was dropped there in exchange for the two bags of rice.

When the man failed to return, the 15-year old was held hostage until evening when the pastor of his church, a Celestial Church of Christ around the area, saw him at the shop looking despondent.

When Seun was questioned on how he came about the fraudster, he said he met him casually at Hotel Bus Stop about 300 metres to his residence where a church member had sent him on an errand to play lotto, popularly known as “Baba Ijebu”.

Seun said he did not know the man’s house or have other information about him.

The teenager later regained his freedom when the Celestial Church pastor, known simply as Oluso in the neighborhood, settled the matter with Iya Ibrahim, the rice seller.

He said the woman should take responsibility for one of the stolen bags of rice while Seun’s father, a co-worker with him in the church, should pay for the other bag of rice when he returned from his trip to Ifo in Ogun State.

Seun’s father agreed to pay N10,000 for the bag of rice when he returned from Ifo.

P.m News learnt that the rice seller agreed to the pastor’s proposal and did not report the matter to the police.

“If I report the incident to the police, I cannot leave the station without spending money. Therefore, it is better for me to accept the proposal by Oluso, the rice seller told residents who gathered in front of her shop to watch the drama.

When Ibrahim was questioned why he allowed such an unusual arrangement, he told residents that the conman asked for two and half bags of rice, adding, “when the motorcycle was about to go with the two bags, I asked for the money but Seun assured me he was coming back for the half bag. He even claimed to be a close relation of the man.”

However, some hours after the man had disappeared and failed to return, Ibrahim said Seun retracted his earlier statement, saying he did not know the man.