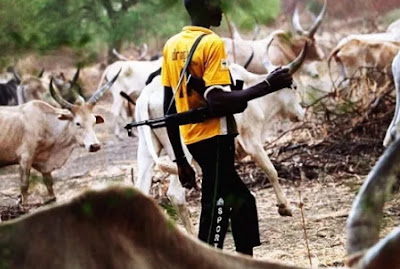 Culture is closely intertwined with tourism – the former, in fact, often drives the latter. The destination uppermost in the minds of most tourists we know is – Culture.

This means that both share friends and – enemies. Of the principal enemies, seeing that we find ourselves within the precincts of governance, I intend to engage your attention in this brief address to just one: Insecurity. That inability of any vacationist to let go completely, relax, submit oneself completely to the offerings of a new environment – the sounds, sights, smells, textures and taste. Of

Culture itself, in and or out of the touristic intent, there is no ambiguity in the mind of its enemies. They make no bones about their detestation – call them Taliban, Daesh or Isis, al Shabbab or Boko Haram. Their hatred is pathological and impassioned to a degree that goes beyond the pale, beyond insanity and sadly beyond cure. The duty of governance towards such retrogressive outbreaks remains unambiguous.

After Boko Haram, what next? In fact, at this moment, Boko Haram has no ‘after’ since it is by no means ended, no matter what technical expressions such as “militarily degraded’ means. But let us assume indeed that we are already in the past of Boko Haram. It is now clear that the succession is already decided, the ‘vacated’ space is already conceded, and that the new territorial aspirants are already securely positioned. The entire nation appears to be theirs without a struggle, and the continuity of an established Nigerian necropolis north to south and east to west is being consolidated.

Some necropoles are actually architecturally fascinating. They attract visitors from distant places, but those are works of veneration, artistry and dedication. They are visual feasts, among whose structures the visitors actually picnic, leave flowers and symbolic gifts to hovering ancestors. Latin America is full of them. The Nigerian widening necropoles leave only the taste of bile in the mouth, the corrosion of hate, stench and rage.

When I read a short while ago, the Presidential assurance to this nation that the current homicidal escalation between the cattle prowlers and farming communities would soon be over, I felt mortified. He had the solution, he said. Cattle ranches were being set up, and in another 18 months, rustlings, destruction of livelihood and killings from herdsmen would be ‘a thing of the past’. Eighteen months, he assured the nation. I believe his Minister of Agriculture echoed that later, but with a less dispiriting time schema. Neither, however, could be considered a message of solace and reassurance for the ordinary Nigerian farmer and the lengthening cast of victims, much less to an intending tourist to the Forest Retreat of Tinana in the Rivers, the Ikogosi Springs or the moslem architectural heritage of the ancient city of Kano. In any case, the external tourists have less hazardous options.

However there is also internal tourism, to be considered a premium asset – both economically and in spirit of nation building and personal edification. This was an exercise I indulged in in the early sixties as by-product of other engagements, such as research. A lot however was simply under curiosity. I can claim, modestly claim to be among the top twenty-five per cent internally travelled Nigerians, acquainted with the smells, textures and tastes of their geographical habitation. I wish the late Segun Olusola were around to testify to the sudden bouts of tourist explorations we made in his Volkswagen Beetle in the pre-war sixties.

But now, would the young adventurous set out to visit the mystery caves of Anambra and its alleged curative pools from mere interest? They would think twice about it. It is not merely arbitrary violence that reigns across the nation but total, undisputed impunity. Impunity evolves and becomes integrated in conduct when crime occurs and no legal, logical and moral response is offered. I have yet to hear this government articulate a firm policy of non-tolerance for the serial massacres have become the nation’s identification stamp. I have not heard an order given that any cattle herders caught with sophisticated firearms be instantly disarmed, arrested, placed on trial, and his cattle confiscated. The nation is treated to an eighteen-month optimistic plan which, to make matters worse, smacks of abject appeasement and encouragement of violence on innocents. Let me repeat, and of course I only ask to be corrected if wrong: I have yet to encounter a terse, rigorous, soldierly and uncompromising language from this leadership, one that threatens a response to this unconscionable blood-letting that would make even Boko Haram repudiate its founding clerics.

It is now close to a year since I attempted to utilize the Open Forum platform of the Centre for Culture and International Understanding, Oshogbo, to launch a national debate on the topic – SACRED COWS OR SACRED RIGHTS. The signs were already clear and the rampage of impunity was already manifesting a cultic intensity of alarming proportions. For reasons which are too distasteful to go into here, the forum did not take place. We were already agreed that General Buhari be invited to give a keynote address, based on his long experience in such matters as former head of state, and as a cattle rearer himself who might be be able to penetrate the mentality of this ‘post-Boko Haram’ pestilence’. That challenge remains open, but should now involve this gathering, which surely includes tourist and educational agencies. They should join hands with human rights organisations, the Ministry of Agriculture, Farming and local Vigilante associations etc. It is a gauntlet thrown down to be picked up, and urgently, by any of the affected or troubled sectors of society, or indeed any capable and interested party at this conference. The CBCIU is prepared to collaborate.

Let me narrate a personal experience – just one among many – that was brought home to me, right against my doorstep. Before that specific happening, I had observed a change of quality in forest encounters with cattle herdsmen over the years. These changes had become sufficiently alarming for me to arrange meetings with a few governors and, later, with the late National Security Adviser General Azazi. At the time, we thought that they were Boko Haram, infiltrating into the south under guise of cattle herding. That was then, and of course that surmise has never been firmly proven or disproved.

Recently however, I returned from a trip outside the country about to find that my home ground had been invaded, and a brand-new “Appian way” sliced through my sanctuary. That ‘motorable’ path was made by the hoofed invaders. Both the improvised entry and exit are now blocked, but interested journalists are invited to visit. In over two decades of living in that ecological preserve, no such intrusion had ever occurred. I have no idea whether they were Fulani or Futa Jalon herdsmen but, they were cattle herders, and they had cut a crude swathe through my private grounds. I made enquiries and sent alerts around, including through the Baale of our neighborhood village. There has been no repeat, and hopefully it will remain the first and last of such invasion. What it portends however is for all thinking citizens to reflect upon, and take concerted measures against.

Herdsmen, let us appreciate, are perhaps humanity’s earliest known tourists. They must be taught however that there is a culture of settlement, and learn to seek accommodation with settled hosts wherever encountered. The leadership of any society cannot stand idly and offer solutions that implicitly deem the massacres of innocents mere incidents on the way to that learning school. For every crime, there is a punishment, for every violation, there must be restitution. The nomads of the world cannot place themselves above the law of settled humanity.