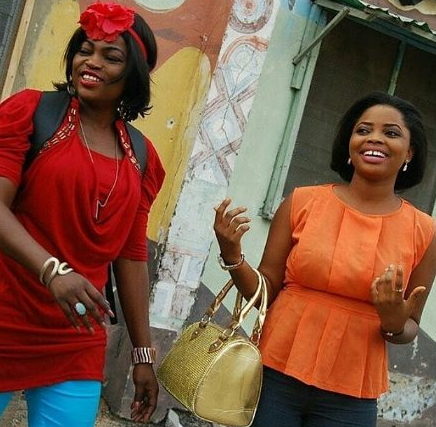 How Toyo Baby Was Sacked For Requesting Pay Increase

According to inside sources, Funke Akindele forcefully removed Toyo Baby from the series over payment issues.

We learnt Toyo requested for pay increase from Funke Akindele, a request that forced Funke to lambast her calling her an ingrate before she sacked her.

One of the stars of Jenifa’s Diary revealed to TNS how Funke Akindele has been underpaying JD cast members even after a rigorous all-night shoot.

Here is what the anonymous actor said in a text message sent to TNS: 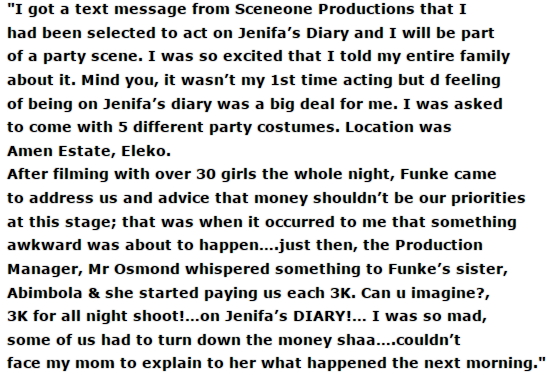 Investigation revealed that celebrities who make cameo appearances like Falz D Bahd Guy, Toke Makinwa and Tiwa Savage are paid between N100K and 300K per season while those who dedicate more of their time to make the show successful get 3000 Naira per episode.

As it stand, Juliana Olayode and Funke have parted ways and have unfollowed each other on Instagram and Twitter.