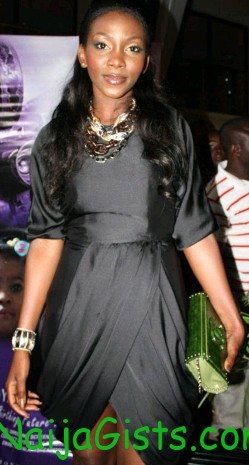 This brief Genevieve Nnaji’s biography is brought to you by NaijaGists.com

Genevieve Nnaji is probably the sexiest Nollywood actress ever.

She is currently a single mother of one, her beautiful daughter’s name is Chimebuka.

She had Chimebuka when she was probably around 18 according to a source.

Chimebuka’s father is currently in the United States Of America.

Genny has inspired a lot of people as she is one of the Nollywood actress to ever feature on CNN.

She later continued her higher education at University of Lagos.

Genevieve Nnaji started her movie career as a child actress at the age of 8 in a popular TV Soap Opera show.

As at the time of this report, we’re not aware of the man in her life.

She was rumoured to be dating Nigerian music star, D’banj a while back.

She was recently appointed as the ambassador of Range Rover in Nigeria.

For latest news on Genevieve Nnaji and other Nollywood stars, visit https://naijagists.com/nollywoodgossip