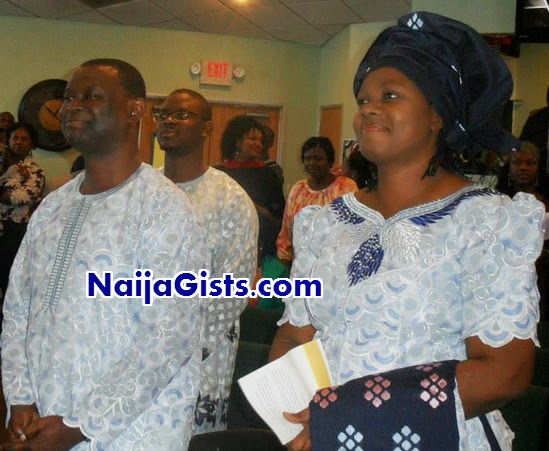 On Saturday, Mike Bamiloye’s wife and her children stormed Live Way Radio office for an interview.

Presenter: Do you often receive criticisms

Mrs Bamiloye:  Yes. The criticism initially came from early production, people were always asking us to be using better cameras and improve on our production quality and thank God we now use better cameras. Some even condemn us for wearing trouser or make up when playing a prostitution role in any of the movies, yes i know our boundaries but we need to make some of these roles believable.

The beautiful woman looks good in anything she puts on.

18 thoughts on “Gloria Bamiloye: Why I Wear Trousers & Makeup In Mount Zion Movies”