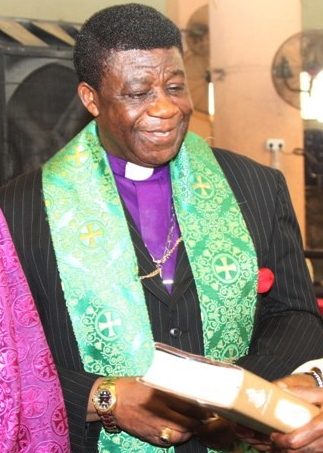 Former CAN secretary and an Archbishop of the Anglican Church of Nigeria said Jehovah God revealed to him in a vision that Billionaire cement man, Aliko Dangote will one day run for election in Nigeria and win.

The cleric who claimed he predicted the victory of Donald Trump told journalists today that God plans to use Dangote to solve Nigeria’s problem.

Archbishop George Amu told reporters that he told his children to circulate the information on the social media but they refused.

Amu said God declared his intention to install Dangote as the future President of Nigeria to him personally in a vision.