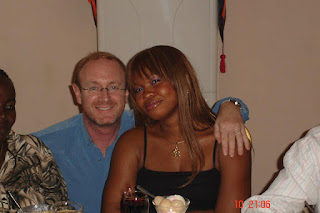 Although family members are yet to announce Goldie Harvey’s burial date but her husband who is currently based in Malaysia said he plans to arrive Nigeria this week.

Andrew Harvey, an expatriate oil worker who met the late singer while working at Total Oil in Lagos said he taught Goldie Harvey how to be controversial. 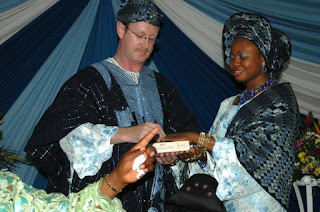 In a recent online interview with Punch, Andrew Harvey said : “Goldie and I knew the pitfalls of BBA show and understood the game strategy. I think she did very well, I said ‘make controversy because people love it.’”

Popularly called Oyinbo peppay, he claimed himself and his late wife Goldie had big plans for this year.

“We planned to start a non-profit organization and have kids this year” – Andrew Harvey said.

Andrew himself is not without controversy. 2face Idibia’s baby mama, Adesumbo Ajaba recently lashed him for granting what she calls “a too quick” interview just two days after the death of his wife.

Below is what Sumbo said via her Twitter update yesterday: