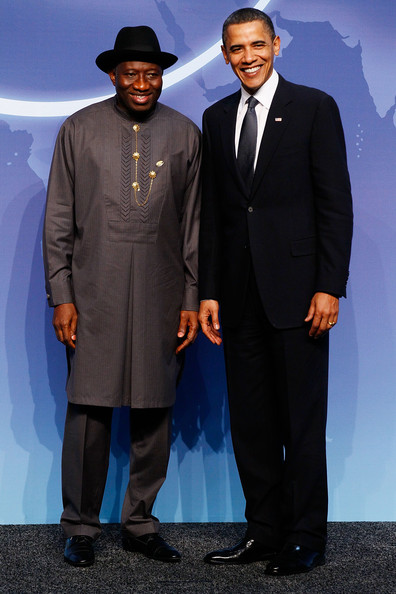 Governor Adams Oshiomhole who spoke on Friday in Benin City during a visit by residents and various associations in Egor Local Government Area to thank him for the construction and dualisation of the Upper Siluko road in the state capital, said President Jonathan should go beyond empty jingles and truly emulate President Mandela who spent only a single term but impacted on the lives of all South Africans.

The governor noted that it is not how many years that Jonathan stayed on president that mattered but what he did during the period.

“In Edo State, PDP did 10 years. We in APC have only done 6 years. In those 10 years, PDP did not do your road, they blamed it on Water Goddess (Mammy water), but you have come to thank us for using APC bulldozers to chase away the mammy water and now we are constructing the road.”

Oshiomhole reminded the people that they have the power to send the President and the PDP packing on 28 March with their Permanent Voter’s Cards, PVC, by voting for General Muhammadu Buhari and other All Progressives Congress candidates, adding, “I urge you to use your PVC on March 28 and April 11th to punish PDP and send them packing.”

While calling on the people to shun campaigns which tend to divide the people along religious lines, Oshiomhole said the issue at stake is not whether you are a Christian or you are a Muslim or whether you are from the north or from the south, east or west but about who has the capacity to deliver dividends of democracy to the people of this nation.

“In Edo State, religion is not a problem. Let them not deceive us at all, this matter is about truth. 16 years ago, N75 was equivalent to $1 but today, it is N230 to one dollar. The hike in the value of the dollar against the naira will have spiral effect on the economy. If the dollar goes up, it affects all other segments of the economy. Prices of other products will go up,” Oshiomhole said.

Earlier in an address, Chairman, Sawmillers Association, Egor Branch, Mr. Lucky Odeh, who spoke on behalf of the residents of Upper Siluko, said they were in Government House to appreciate the Comrade Governor and to salute his courage and determination in enhancing the lives of Upper Siluko residents and its environs.

“The fear of the unknown, the appearance of Mami Water, the goddess of water had prevented previous governments from even attempting to work on the road because no one was willing to die for the people. You took the bull by the horn, approached it with courage and determination and today, the story is better told than imagined,” Odeh said.

Continue Reading
You may also like...
Related Topics:governor, jonathan, Oshiomhole