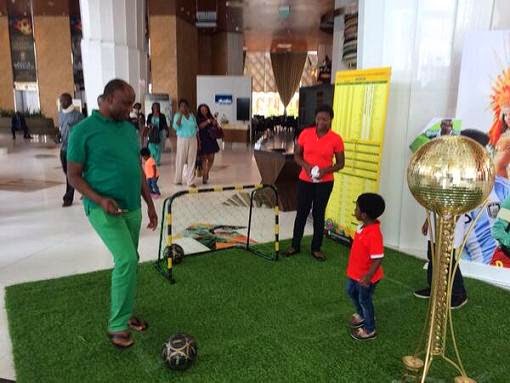 After he was prevented from entering Ekiti earlier in the week, the Governor of Rivers state, Rotimi Amaechi drove himself to Lagos same day.

He reportedly lodged into an unidentified hotel where he was spotted easing political tension by playing football with little kids at the hotel lobby. 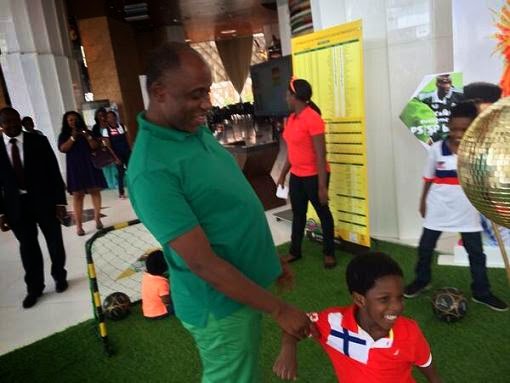 Juliet Ibrahim: Yes My Marriage Has Crashed, I Kept It Secret Because Of My Child
Toyin Aimakhu’s Mother Is A Pastor & Founder Of 5 Churches.. Actress Narrates How She Met Husband