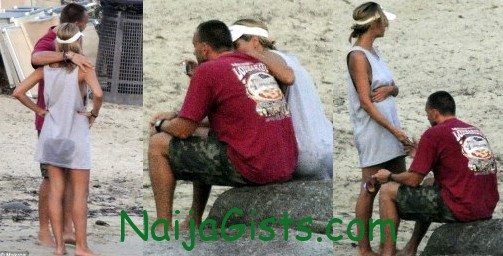 According to an interview TMZ had by Singer seal, he alleged his ex-wife, model Heidi Klum cheated on him with her bodyguard, Martin Kristen. naijagists.com

In the interview, the singer claimed he broke up with her ex-wife because of adultery.

Here is what the singer said in the interview

“To be quite honest, if there is going to be somebody else in their lives, I’d much rather it was a familiar face. I guess the only thing I would have preferred is that. I guess I didn’t expect any better from him, I would have preferred Heidi show a little bit more class and at least wait until we separated first before deciding to fornicate with the help, as it were. But I guess you now all have the answer that you’ve been looking for the past seven months.”