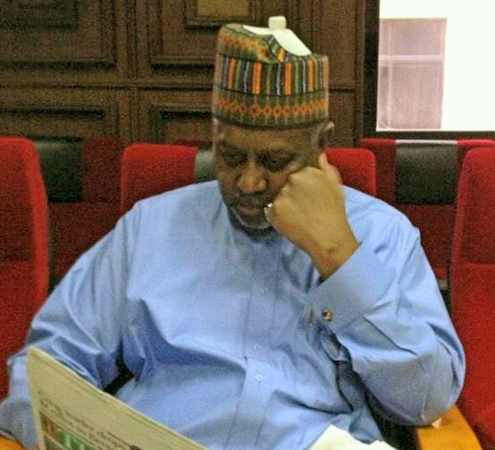 This is even as Dasuki and six others including companies would today be arraigned before Justice Hussaini Baba Yusuf of the Federal High Court, Abuja over the fraud. Dokpesi who had been in EFCC custody, returns to court today when his lawyers would know if his bail application sails through. In the fraud, a company collected N1.45 billion to offer special prayers.

Other accused persons are a former Director of Finance in the Office of the NSA, Shiabu Salisu, a former Executive Director of the Nigerian National Petroleum Corporation (NNPC), Aminu Baba Kusa, Acacia Holdings Limited and Reliance Referral Hospital Limited.

Other expenditures include the payment of N670 million to a publisher; the alleged transfer of N260 million to Chief Tony Anenih and another N345 million allegedly traced to Dr Iyorchia Ayu, a former Senate President.

The charges read in part: “That you Col. Mohammed Sambo Dasuki whilst being National Security Adviser and Shaibu Salisu, whilst being the Director of Finance and Administration in the Office of the National Security Adviser and Hon. Waripamowei Dudafa (now at large) whilst bring Senior Special Assistant , Domestic Affairs to the President on or about 27th November within the jurisdiction of this honourable court entrusted with dominion over certain properties to wit: the sum of N10billion being part of the funds in the account of the National Security Adviser with the CBN, the equivalent of which sum you received from the CBN in foreign currencies to wit: $47million and €5.6million Euros committed criminal breach of trust in respect of the said property when you claimed to have distributed same to the Peoples Democratic Party(PDP) Presidential Primary Election delegates and you thereby committed an offence punishable under Section 315 of the Penal Code Act, Cap 532, Vol.4, LFN 2004.

Leave a Reply to Remmy Daniel U Cancel reply