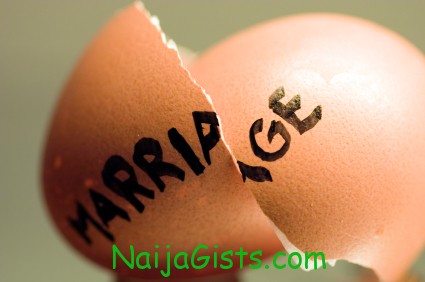 This is a true life story of infidelity, betrayal and greed among top Nigerian celebrities.

Erelu Tola Solomon is very popular within the top social circle in Lagos and Abuja. She is seen at many A-list soirees,
rubbing shoulders with the high and mighty. But behind the glitz and glamour is Tola’s true nature of being a green snake under green grass.

Tola Solomon decided to destroy her 25-year-old marriage with her London-based husband, Alfred Solomon, because of a Lagos-based self styled businessman, Otunba Lekan Osifeso, who she is currently having hot sex with.

Unfortunately, Tola has set men of the Nigeria Police to help her hunt down her husband and slam him with an attempted murder
allegation.

Global News gathered that Tola and Alfred  have been married for the past 25 years and are blessed with two grown-up children. The first born, a male, is said to be an undergraduate in a UK university while the second, a female, is in an American university in Dubai.

We learnt husband and wife toiled together in London and few years back, both of them agreed to start the process of relocating to Nigeria.
Thus, Alfred told Tola to come to Nigeria and start building their business while he would stay over in London to continue the hustling until they are financially sound to fully settle in Nigeria.

Our source disclosed that Tola relocated to the Federal Capital Territory (FCT), Abuja, after which Alfred sent her some money and she began to build a home for the family.

Not long after, Tola began to roll with the society ladies in Abuja and Lagos. She became a constant face at big
parties as she showed off in dress-to-kill appearances. We discovered that it was during one of her social outings that she met Otunba Lekan Osifeso.

Lekan Osifeso is a man-about-town businessman. Though he is not known with a particular business line or profession, he is so smooth that he can penetrate any corridor of power. Lekan is a friend to many Senators, Ministers, and Governors. He has a direct link to the Governor of Lagos, Babatunde Raji Fashola and he serves as the middleman between contractors and government officials; and gets his cut on any business or contract deal. naijagists.com

Beyond that, Osifeso, who is married to a Redeemed Church pastor, is very notorious among society women. He has a reputation of satisfying women. If a woman is rich or has a rich husband, Osifeso will definitely charm and seduce her until he lures her into his bed, and he begins to direct the life of the woman in question.

Our source even told us that about two years ago, Osifeso had a secret wedding in the northern part of the country with a very rich lady, while the wife back in Lagos was kept in the dark. One of those that attended the wedding took the pictures and sent them to his wife. We learnt the wife called Lekan and told him to walk out the sham wedding or he won’t set his eyes on his children again.

“The wife knows all his atrocities very well but decided to keep quiet about it. That is the man Tola Solomon fell for and both had been seen at different events,” said our source.naijagists.com

Meanwhile, Tola’s husband received calls and information on a regular basis about the affair between his wife and Lekan, but he never believed it. Instead he used to blame the informants of trying to break his home.

To show that the two no longer keep the illicit relationship secret any longer, on October 2, 2011, Tola Solomon and Lekan Osifeso walked hand in hand like a couple into the Time Square Event Centre in Ikeja, Lagos to attend Yinka Oropo’s party. Many who saw them whispered in hushed tones that the lovebirds are not even hiding their affair any longer. naijagists.com

However, few weeks back, Alfred Solomon came home and caught his wife and Lekan Osifeso red-handed in their Gwarimpa, Abuja mansion. Our source said that in a fit of rage, Alfred beat up Tola for daring to bring her lover into their matrimonial home.

We learnt that Tola ran out of the house and went to meet her friend, Senator Grace Bent. The interesting twist in the whole scandal is that Lekan is also said to be very close to Senator Bent. Gathered that Sen. Bent’s husband who is a retired army officer sees Lekan as his wife’s ‘brother’, which gives Lekan easy access to their house.naijagists.com

According to the source, Lekan introduced Tola to Grace Bent. While in the Senate between  2007 and 2011, Bent used Tola’s company to get government contracts, while the contracts were given to Lekan Osifeso to execute. It was in fact, a perfect
arrangement for Osifeso.

When Tola ran to Grace Bent, we learnt that the former lawmaker who represented Adamawa South Senatorial District in the National Assembly began to contact all her friends in the security circle, and at the end, got Tola’s husband arrested and locked up inside police cell at Utako Police Station, Abuja.

Right inside the police cell, Alfred, we gathered, also pulled some strings and within 24 hours he was released.

Another problem then cropped up: Tola told the husband never to step into the Gwarimpa house again, saying that she built the mansion with her own money. This, according to our source, really shattered Alfred as he lamented to his lawyer that he sold three of his houses in London and a piece of land in Lekki, Lagos and gave all the money to his wife to complete the Abuja Mansion.

Learnt  that  while Alfred was sending the money to his wife, she was transferring it to Lekan Osifeso, who was the person in charge of building the edifice. Our source said all the documents of the house now bear only the name of Tola Solomon as
the owner. While still thinking of what to do, Senator Grace Bent and Lekan Osifeso prompted Tola to write a petition against the husband for attempted murder.

The petition was filed at the police station on October 27, 2011 and the police are already on the lookout for Alfred.

A source close to Alfred however disclosed that he has taken to his heels. “He is outside the country now, but that is not the end of the issue. He knows that if he stays around, those people could lock him up for weeks. So, he also has his own plans,” our source revealed.