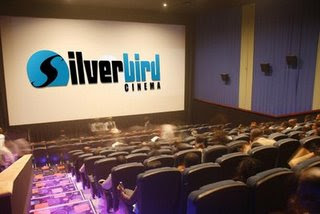 This just happened. I went to the Cinema at Ikeja mall to watch the latest James Bond movie Spectre…Because the movie was sold out, I booked the 5:50 slot.

The crowd was massive and I think I was around the 50th person to get in.
On getting in, I noticed a nearly empty middle seat row.There were just three Chinese men in the row. I tried to take one of the seats and one humbly told me it was occupied.
I didn’t think anything of it, and went to the next row. A couple of people came and the same scenario was re-enacted.

Then things turned around. Two ladies, one medium sized and one really big came in and tried to occupy the seats.
The Chinese men repeated the same thing. Meanwhile the seats in front were still available (we all know most people prefer back seats).

The girls aired their displeasure then walked away towards the front. Suddenly, one had a change of heart and returned. She ordered the Chinese man blocking the row to move.
He refused, insisting their friends were coming.
The girl screamed

“They don’t keep seats in the cinema. Can I do this in your country? Rubbish..”

She shoved him aside and took a seat. Then he tried to prevent her by holding her hand.
She fired back

Did you touch me with your filthy hands? How dare you.
Her friend who had been quiet then joined in
“Get your filthy hands off her.
The Chinese man now scared, was stuttering..
I…I..didnt touch you ”

The feisty friend who was already seated beckoned on her friend (the bigger one) to join her.

Worthy of note is, no one in the cinema said a thing. I think many were shocked. Shocked by the ladies and some shocked that those men kept a while row of seats for their friends.

The girls succeeded in sitting. Then two other ladies came and the Chinese men said ‘sorry, our friends are coming ‘
The ladies then beckoned at the girls

Don’t mind them, come and seat. No keeping of seats in the cinema.

The ladies sat…Feeling embarrassed and probably discriminated against, the Chinese men stood up and left the cinema hall…

Now, when they left some movie goers were not happy with the action of the ladies while others said yes..a black man can’t reserve seats in China..(lest I forget, other Nigerians reserved seats for their friends. I did too.I kept a seat for my companion)

Now, whose side are you on?
Back to my movie! See ya soon!
*By the way it was such a lovely surprise running into pretty Face of MPN at the mall..