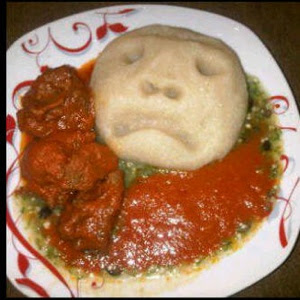 But before they began operation, they ordered one of their victims to prepare them fresh eba.

They reportedly sat in the sitting room and were served eba (food made from fried cassava paste) and soup which they ate before they started the operation.

The armed men stormed Adenuga and Joseph streets at about 1.30 am and carted away money and valuable properties belonging to residents.

The victims say the robbery operation lasted till 4:30am while all calls made to the police went unanswered.