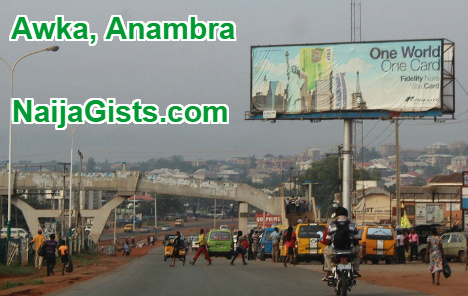 The priest was attacked and beaten to a pulp by the youth who tore his humeral veil to shreds and stabbed him in the face. Other Christians also sustained various degrees of injury while performing their monthly Rosary procession.

A witness said Ugozo was carrying the ‘Blessed Sacrament’ in procession going round some villages in the community when he and members of his congregation were stopped by a man identified as Ikegbunam, who is now at large.

“Ikegbunem insisted that they will not enter his village named Obubo and when they overpowered him, he started making contacts, calling some youths from the village to attack the priest and others who were mainly women and children,” the witness said.

Ugozo, who is also the Spiritual Director of Amen and Amen Ministry, Omor in Orumba North Local Government Area of Anambra State, was first rushed to an undisclosed hospital in Ebenebe but because of his condition, he was transferred to St. Joseph’s Hospital, Adazi Ani by the Ebenebe Deanery Chaplain.

Photo: Man Mails Live Python Snake To Ex-Girlfriend For Breaking Up With Him
Siblings Arrested While Planning To Kidnap Peace Garden Hotel MD In Calabar
Advertisement