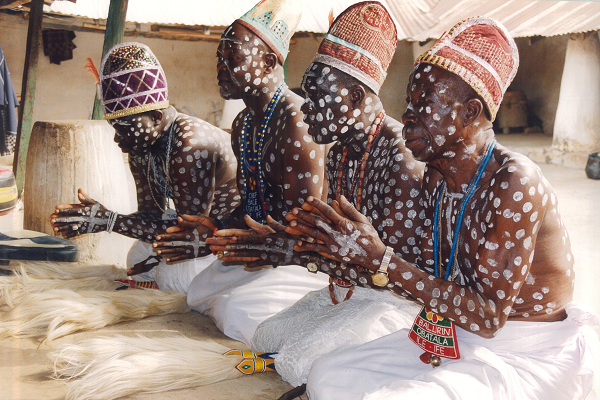 The fight against the deadly Boko Haram terror sect has reached a climax where traditional worshippers have joined in and offered to help fight off the terrorists using metaphysical powers at their disposal.

The Ancient Religion Societies of African Descendants International Council (ARSADIC), offered to assist the federal government in the fight against Boko Haram.

Chairman, Executive Working Committee of ARSADIC, Olalekan Ifagbenuola, made the declaration during a press conference held at Ile Oduduwa, Ile Ife on Friday.

Ifagbenuola stated that public office holders should be required take the oath of office in traditional religious ways.

“If proper oath of allegiance is taken genuinely, our leaders would not misbehave when they get to power. If the oath is taken in a traditional religious way, they will not misbehave. There must be fear of God in anything we do.

“Corrupt leaders in offices promote crimes and if our leaders are honest, the level of crime in the country will greatly reduce. We are ready to assist to tackle insurgency, if we are invited by the government.”

In addition, he is also said to have expressed the desire to assist the federal government defeat Boko Haram.