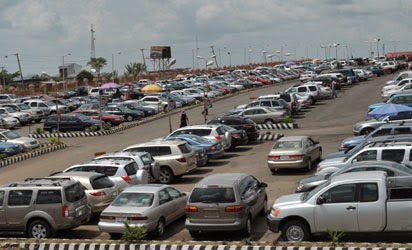 An Ikeja-based car dealer has been shot dead by some suspected hired killers in Lagos.

40-year-old Lukmon Oluwasheun was killed yesterday by robbers at a bus stop in Egbe after he drove his customer to the bank to collect the balance of a bus he delivered to him.

Police say the victim was shot by robbers who operated on motorcycle moments after he left the bank around 2:00pm yesterday.

According to police investigation, a customer named Dotun negotiated the price of the bus with Oluwasheun, he asked him to supply the bus for a certain amount and promised to pay the balance when he brought the bus to his Egbe office.

It was learnt that Oluwasheun drove the bus to Egbe where he met Dotun. After that, Dotun reportedly took Oluwasheun to a nearby bank and withdrew some money and paid him the balance.

After collecting the money and as they were going back to Dotun’s office where the bus was parked, two men on a bike double-crossed them and demanded for the money.

The robbers shot Oluwasheun at close range but spared Dotun.

Witnesses reported the matter to the police and Dotun was arrested after being fingered as the prime suspect.

The corpse of the deceased had been deposited at Isolo General Hospital.