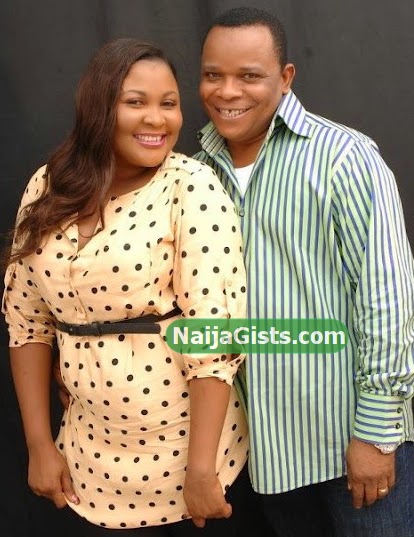 July 20, 2014 – Ireti Osayemi Narrates How She Became A Nollywood Actress & Why She Returned To Nigeria From Liberia

Popular Yoruba actress Ireti Osayemi recently talked at length on her journey to Nollywood and how she met the special man in her life.

On how she joined Nollywood, Ireti said:

My elder brother, who was into stage performances, told me that since I love actors and actresses, he would take me to where I could meet them. So, he took me to Winnies Hotel in Surulere, Lagos. I was so happy that I was seeing every one of them on a platter of gold. Normally, when one has not met them, one just assumes they are ghosts, angels or people you don’t get to see on a normal day. Then, one day, a production manager was passing by and asked me if I was an actress and I said no. He told me he was looking for a girl like me who could act and I told him I wouldn’t mind being an actress. So, that was how I got my first job in 1999 in the movie titled Cassanova. I continued with the English movies until I met my husband. He was more into the Yoruba movies and soap operas. I got more jobs in the Yoruba movies.

On how she met her hotelier husband, the actress said:

He was more of a God-sent helper. The first time I met him, I was stranded right in front of his guest house and couldn’t get transportation out of the area. He was like, “Hey! Where are you going?” And I told him I wanted to get out of that area. So, he was like, “Okay, no problem; let me help you.” Lo and behold, he dropped me right in front of my house and we became friends.

Then, we became lovers; and today, we are husband and wife. He came into my life at the right time. He came almost immediately after I lost my dad, so I see him as a father figure. Initially, I used to tell him that I loved him as much as I loved my father. But as time goes on, I found out that I love him more than I used to love my father. He is a wonderful man. He gives out a helping hand and tells me what to do when I am confused. He is very concerned about me, my career and every step I take in life. He is part of every minute of my life and there is nothing going on in my life that he doesn’t know. He’s just a part of my life.

Unknown to many, Ireti Osayemi is the 2nd wife of her hotelier hubby, Bakkie Adeoye but she is happy in the marriage.

Bakkie was dating another Nollywood actress Bimbo Akinsanya when his wife left him. He met Ireti when Bimbo broke his heart.

Her marriage is not without controversy, people close to Bakkie accused him of using love portion on the Nollywood actress who is the same age as his first daughter. #lobatan

Continue Reading
You may also like...
Related Topics:husband, Ireti Osayemi