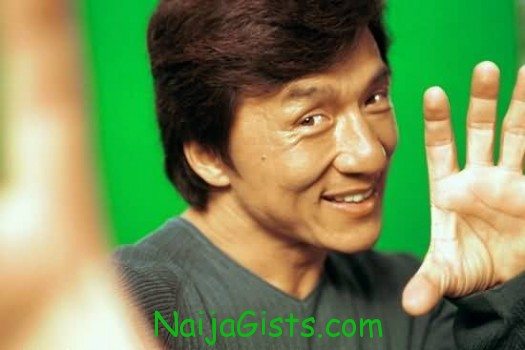 May 18, 2012 – Jackie Chan Retires From Acting, Claims The World Is Too Violent

Popular Chinese actor and movie director, Jackie Chan has finally made a shocking announcement of his retirement from the movie world. naijagists.com

According to a report from ndtv.com, the 58 year old actor said he felt really tired and too old for stunts.

The actor was also quoted as saying that the world has become “too violent” and that he hates “violence”.

Chinese Zodiac, which is the third in Jackie Chan’s Armour of God series, is likely to release in December this year.

The actor will continue appearing in films outside the action genre and said he wants to be the Asian Robert De Niro, not just an action star.

Jackie Chan began his career as a stuntman in the Bruce Lee films Fist of Fury and Enter the Dragon.

His first major break was the 1978 film Snake in the Eagle’s Shadow. Jackie Chan introduced the comedic kung fu genre in movies with his blend of martial arts, improvisation and humour.

He has successfully crossed over to Hollywood with movies like Shanghai Knights, Shanghai Noon and the Rush Hour series. He also voiced Master Monkey in Kung Fu Panda.