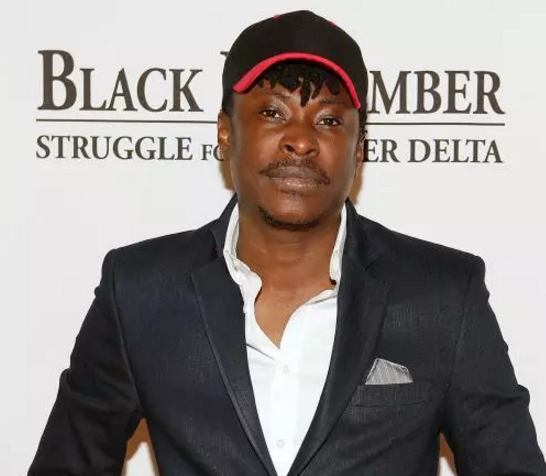 Taking cue from the old English cleric, one but wonders what ado about Biafra. The learned ones, intellects, leaders of our fields of practice, remain silent in an issue that led to Africa’s worst civil war, maybe the World’s. Nigeria’s South East politicos, traditional leaders, religious fathers, respected entertainers and sport heroes are keeping numb while the people they regard as “commoners” are taking to the streets in thousands insisting on secession. Some scholars estimate over 3 million people died from the civil war in which 40% of them were children that died of starvation. One of my best friends a popular radio personality in Lagos told me of how his mother said they had to eat their grandmother after she passed during the war.

Yes, due to starvation. Seriously??!!

It seemed like a joke at first, 10 to 20 Igbos in diaspora protesting in front of Nigerian embassies in the West, to a few hundred people chanting pro Biafra slogans back home in Nigeria. Now we’re seeing thousands of people pouring out in major cities, young men agitated by an inner feeling of despair look riot police in the eye saying “shoot me”.

Now this is serious, and we Nigerians know that in some cases, our tribalism can be worse than racism or xenophobia. Yes! There are still landlords who wouldn’t rent out houses to people of certain tribes, some parents would rather die than give their daughter’s hands in marriage to certain tribes, even amongst the Igbos, some are regarded as children of slaves and cannot be entrenched with the “free born”. Several people die every day from communal clashes, not to mention Boko Haram and the religious bigots. Yes, it happens and we all know it! Yet, knowing our history and what we are capable of, we remain silent in such a crucial time of our nation.

How do we address this issue?

I Jeta Amata, Isoko of Enuto Quarter of Oyede, Delta State of Nigeria believe in a One Nigeria. The Nigeria my late grandfather, the Adetomufuowho of Oyede believed in it. The Nigeria of over 170 million people, the Nigeria that is the most populous black nation on Earth, the Nigeria the British and French forced us all into while determining how they split Africa for their economic benefits. What do you believe in?

Assuming we share the same sentiments about our being one nation, or not as the case may be, do we sit back and let this agitation for a Biafra secession continue without having a conversation? Blood fuels revolutions; and the moment the police fire their weapons into a crowd of agitators, the story would change. The World having to deal with a few million Islamist fundamentalists will have to turn attention to the 170 million people of Africa’s economic power. Nigeria is the World’s 5th highest exporter of fuel and 7th in natural gas. The World’s 2nd largest film market. Imagine what a troubled Nigeria would do to Africa and the World’s economy.

Before we get there, it’s time to speak up, this is a call to Nigerian, African and World leadership to have a conversation about this little drop of water that could become an ocean. The Igbo leaders cannot pretend not to care while waiting to see where the tide flows. They must have this conversation to decide what they require for their people. From the last map I saw online of the proposed Biafra, Niger Delta States were carved into it, so Niger Deltans must also decide if they support this agitation to be a part of Biafra or politely decline the invitation. We cannot be idle in the face of an issue that could determine the fate of our country while canting, jand rather talking and complaining about how a hard working Linda Ifeoma Ikeji told the World about a $3m house she bought with her initiative, sweat and hard work.

Again I ask the question, what do you believe in?

Jeta Amata was born into a filmmaker’s family. He is the third generation of film makers in his lineage as his grandfather, Ifoghale Amata was renowned filmmaker. His father, Zack Amata was also not left out same with his uncle, Fred Amata.

Jeta is considered one of the most successful filmmakers to come out of West Africa. He has used his movies to promote the Niger Delta cause to the larger world among other themes he has worked on.

Amata is a film writer, producer and director.

11 thoughts on “Jeta Amata Warns Nigerians On Biafra, Says Tribalism Is Worse Than Racism Or Xenophobia”