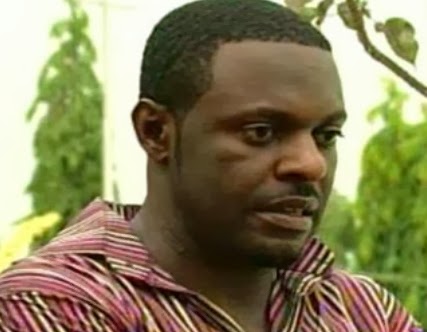 Nollywood actor Jim Iyke who recently returned from a week long romantic vacation in Europe is in a messy scandal in Ghana.

The host of Unscripted reality TV show got into a fight on Tuesday at a popular cafe in Accra Ghana.

According to eyewitness report, some celebrities were eating at Crave Cafe at Adjiringanor yesterday around 5pm in the afternoon when a Nigerian man drove in a black Range Rover with Nigerian plate number.

Moments later, oga Jim Iyke arrived in his Chevy car. An argument started between the range rover guy and Jim Iyke over $10,000 and it later turned into a street fight.

Those who witnessed the brawl said it was difficult to settle the rift and at a point, Jim Iyke tried to pull out something suspected to be a gun from his car but those at the cafe prevented him.

The other Nigerian man left the scheme and came back with 2 police officers who arrested Jim Iyke.

20 minutes after, Jim Iyke came back to the cafe, which created an impression that the case had been settled.

In an exclusive chat with a Ghanaian media house, the Legon Police Commander said the men he dispatched to the venue had information of the brawl, but those at the scene were reluctant to give the police detail account of what actually transpired, and so they were unable to bring the two men to the police station

Wetin person go call this now….. even after countless deliverance, our dear actor still need deliverance from the spirit of fighting.

16 thoughts on “Jim Iyke Arrested In Ghana Over Street Fight”