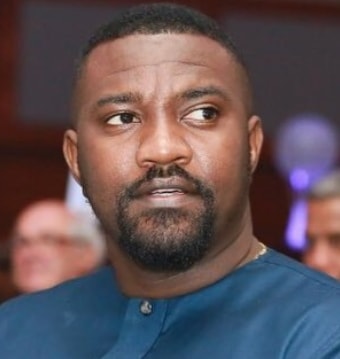 Cross over Ghanaian actor John Dumelo has defended himself after trolls called him out for bowing to a statue of Christ in a church in Montreal. 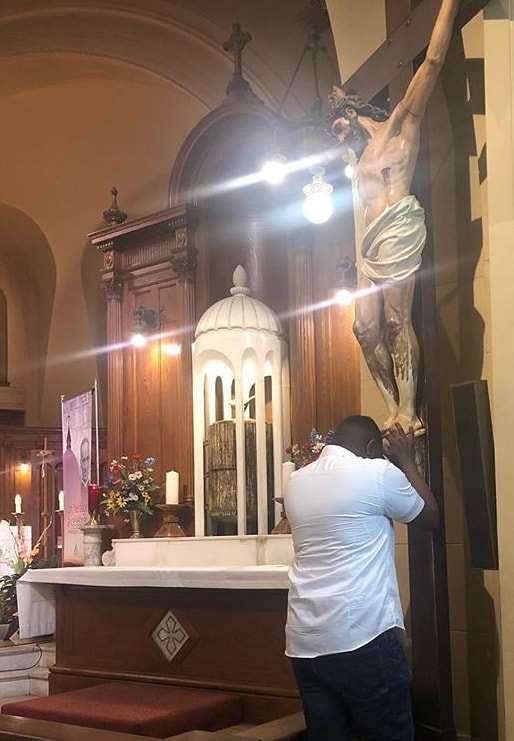 Here is what the actor who called himself a proud catholic told his accusers on the social media few hours ago:

I usually don’t respond to ‘negative ‘ comments on Instagram but these set of comments need clarification. I posted a picture of myself touching the feet of a statue Christ in a church in Montreal. Some people said it’s idol worshipping. Some said it’s blasphemy and others too said it’s occultism. If we all turn our bibles to Matthew 9:20–22, it’s talks about a woman touching the robe of Jesus to be healed. She said “ If I can just touch his robe, I will be healed”.

That was her faith. And her faith healed her. When we go to certain churches these days, anointing oil, water etc are sold. Some are asked to pray over these and apply them to be healed. What about those that touch Tv’s to be healed? Is that idol worshipping? Is that occultism? No, it’s all in your faith.

Faith is such a big influence if used correctly. I’m a proud catholic and I will never be ashamed of that. My catholic beliefs and principles have brought me this far and it’s taking me further. We all believe in one God. No need to judge. God bless us all.

Continue Reading
You may also like...
Related Topics:catholic, John dumelo