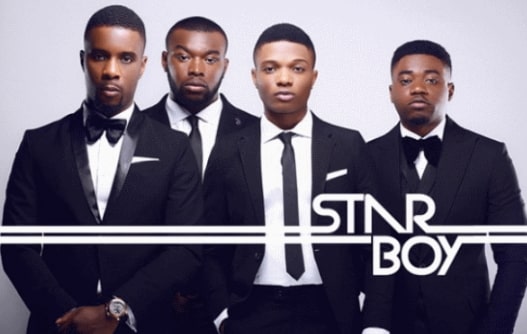 Getting a record deal is no easy feat. It is even harder in a country like Nigeria, where most record labels are only out to exploit upcoming music artistes. Nevertheless, there are still some result-oriented record labels out there. One of such labels is StarBoy Entertainment. And we will be showing you how to join StarBoy in this article.

StarBoy Entertainment was launched by Wizkid in 2013, shortly after he left Banky W’s E.M.E. Since then, the record label has grown to become one of the leading music groups in Nigeria, having discovered (and developed) a number of upcoming artistes over the past five years.

Today, the label is ranked among the best talent-sourcing music groups in the country. Hence, if you are an upcoming artiste who wants to get signed to StarBoy Entertainment record label, this article will provide you with every necessary guide.

How to Get Signed to StarBoy Entertainment

Getting signed to a record label is not as simple as forwarding CVs and going for interviews. Most times, you have to be already established, after which you still have to work towards getting the attention of talent managers and/or record label owners. The most important thing, however, is being able to showcase your talent, where and when the opportunity comes.

In this section, we’ll be enlightening you on how you can gain Wizkid‘s attention, as a prerequisite of joining StarBoy Entertainment.

Follow the steps below, if you want to get signed to StarBoy Entertainment record label:

StarBoy Entertainment is an Afrobeats/Afro-pop focused music group. As an Afro-pop/Afro-beat music star, Wizkid seems to have a special likeness for like minds. Hence, if you are a good upcoming Afro-beat musician, you stand a better chance of getting a record deal with StarBoy than artistes of other genres.

So, to get signed to StarBoy Entertainment, write and record as many songs as you can.

This is where it gets tricky! StarBoy, like other record labels, hardly acknowledges unsolicited messages. Nevertheless, you can still try your luck.

Send an email, with a file attachment (and links) of your song(s), to StarBoy talent management team here. You can. also send a text message to the management team via this number: +2348115975110

There is a fair probability that your song(s) would be reviewed. And if it is dope enough, they’ll reach out to you.

Wizkid’s phone numbers are not for public consumption; hence, we are unable to lay our hands on it. However, he is very active on social media and you can easily reach out to him via his social media handles.

Note: Wizkid receives hundreds (if not thousands) of unsolicited messages on his numerous social media handles per day; hence, he would most likely ignore your message, as well as many others. Nevertheless, you should maintain an optimistic mindset and hope he sees your DM.

Like most businesses, StarBoy Entertainment have a brand website, where they promote their songs, albums, tours, bookings and so on. Essentially, you can access first hand information about the record label from their website.

StarBoy Entertainment, according to the CEO (Wizkid), was launched to serve as a durable platform for talented upcoming artistes to build their music career. Since its inception in 2013, the music group has produced a handful of artistes, some of whom are now top stars in the music industry. Notable mentions include L.A.X, Mr. Eazi, Maleek Berry and more.

The current crop of StarBoy Entertainment artistes are also making waves in the industry. These artistes include:

The award winning music star, as the group’s founder, is the lead artiste of StarBoy Entertainment. He is arguably the biggest Nigerian music export today, with a large global fan base. In fact, he is one of the few Nigerian artistes with international record deals,

He signed a multimillion dollar distribution deal with RCA Records (a subsidiary label of Sony Music) in 2016; although, this hasn’t deterred him from taking care of the upcoming artistes under him.

Wizkid rose to prominence under Empire Mates Entertainment. And according to the star singer, he decided to launch StarBoy to return the favour, by using the platform to develop upcoming music acts in the country. To an extent, he has been successful with his plan.

Maleek Berry and Wizkid go way back since the latter’s days at E.M.E. The producer/singer is one of the founding members of StarBoy Entertainment, who, at that time, was a full time music producer. He has since transitioned into a part singer-part producer.

Maleek Berry released his debut music project (EP) titled First Daze of Winter last year. And the EP was ranked among the top 10 nusic projects of 2018.

Ghanaian music duo, Rashid Mugeez and Hakeem Faisal, populary known as R2Bees, joined StarBoy Entertainment in May, 2016. The music duo’s contract with StarBoy entails a partnership deal with their own record label, named R2Bees Entertainment. The music duo remain the face of the outfit in Ghana.

Like R2Bees, Efya, whose real name is Jane Awindor, is also Ghanaian music star. She was signed to StarBoy Entertainment alongside R2Bees in 2016. The songstress is one of the pioneers of Afro-soul music in Ghana. And she has garnered a lot of fans in the process.

Some time in 2017, it was widely rumoured that Wizkid and the Ghanaian songstress were having an affair. However, the rumour was strongly dispelled by Efya, who claimed Wizkid dated her sister and not her.

Terri is the newest act of the outfit. He reportedly caught the attention of Wizkid after tagging him on a cover video of Oshe (by DJ Jimmyjat) on Instagram. The upcoming artiste met Wizkid few months after and the rest, they say, is history. That was how Terri got a record deal with StarBoy. Quite lucky right?

Ahmed is a 10-year old Nigerian music sensation, who somehow caught Wizkid’s attention at an event in Lagos. He was subsequently signed by Wizkid, in a deal worth 10 million Naira. For now, the young lad is the only rapper under StarBoy Entertainment.

Some of the notable board members of StarBoy Entertainment include:

Feel free to leave your comments in the box provided below.

Continue Reading
You may also like...
Related Topics:entertainment, how, join, label, Records, starboy