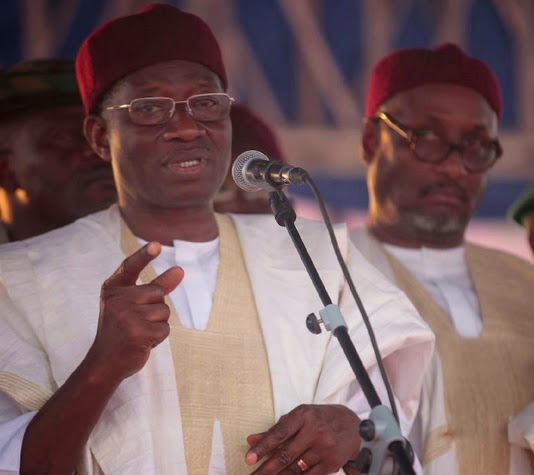 The All Progressives Congress (APC) has described the recent acts of governance by President Goodluck Jonathan as too little, too late and election-propelled to convince Nigerians to vote for him and his party in the forthcoming polls.

”Mr. President, you cannot undo, in six weeks, the glaring instances of cluelessness, incompetence and near total lack of governance that your administration has exhibited in the past six years, even if you move Aso Rock to the South-west or bribe every Nigerian with the proceeds of corruption,” the party said in a statement issued in Lagos on Sunday by its National Publicity Secretary, Alhaji Lai Mohammed.

”Your Administration-sanctioned smear campaigns against APC leaders, your obscenity-laden meeting with youths, your offer of jobs to 167 out of over 40 million unemployed youths, and your temporary relocation to the South-west where you believe your naira and dollar rain will translate to votes are all belated and of no effect,” it said.

APC said all the President’s latter-day efforts went up in smokes on Saturday when over one million Nigerians marched through the streets of Lagos in support of change, even as a hurriedly-organized, pretend march led by the President in Abuja failed to distract from the success of the Lagos march, as envisaged by the organizers.

The party said its latest opinion poll on the forthcoming elections shows that Nigerians have already made up their minds regarding which party they will vote for, even before the six-week postponement of the elections, which was orchestrated to allow the sinking PDP and its candidates at all levels to recover from the dizzying effect of the daily blows being dealt on them by Nigerians.

It said a President who was playing dirty politics while over 15,000 Nigerians were being murdered by the evil Boko Haram cannot now expect to reap from a sudden resurgence in the fight against the terrorists.

”Mr. President, you had all of six years to secure the lives and property of Nigerians, provide jobs, improve the economy, give Nigerians constant power supply and curb corruption, but you did none of those things.

”Under your watch, Mr. President, the economy has virtually collapsed with the US dollar now exchanging for over 220 Naira, the highest ever, millions of youths are roaming the streets even as your government fleeces them from time to time over phantom jobs, industries are collapsing in droves, Nigerians are more divided than ever, many states and even the FG can’t pay workers’ salaries and corruption is at an all-time high as the looting of the public treasury has become the order of the day while Nigerians have never felt so insecure.

”It is amazing, therefore, how you can even think that six weeks of unprecedented bribery of individuals, pretend governance, and cash-induced occult-like ‘prayer’ sessions, among others, will turn the tide in your favour. Nigerians are not fooled by your antics, Mr. President. Your efforts are too little, too late,” APC said.