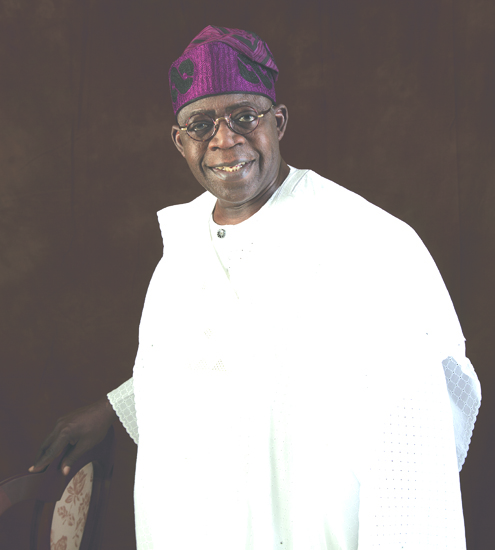 At least 30 unknown soldiers are reportedly laying siege on the Bourdillon Road, Ikoyi, Lagos, residence of the national leader of the All Progressive Congress, Asiwaju Bola Tinubu.

A statement issued by the former governor’s media office said soldiers riding in three patrol vans and army truck have been stationed close to the residence for three days to the consternation of many people in the area.

Their obvious targets, the statement said, include Tinubu himself and perhaps the hordes of politicians and visitors that visit the residence.
The statement said the soldiers were first noticed in the area at about 11.00pm on Sunday.

It said, “They stationed about 500 meters away from Tinubu’s gate. Later they moved close to his gate as if they want to enter the premises. The stern looking soldiers were around for hours on Sunday and returned on Monday to continue their surveillance.

“On Monday night about 10.45pm, they returned to the residence in two army vans and were there throughout the night. Some of the soldiers discharged from the van and walked back and forth in front of the house and around the house.

On Tuesday morning, two vans from the army were stationed on both sides of the house with their missions shrouded in secrecy.

“Tinubu remains emphatically resolute and committed to the path of change in Nigeria and the liberating manifesto of the All Progressives Party. Tinubu is an unrelenting critic of the maladministration of the Jonathan-led PDP government. He is credited to have played the most pivotal role in the re-building of the Nigerian opposition and the formation of the APC, Nigeria’s most formidable opposition party since independence.

“The exact mission of the soldiers is not known but it fits clearly into a new pattern of intimidation of leaders of the APC and the opposition. The recent massing of soldiers for three days now at Tinubu’s gate might be part of a broader plan by the Jonathan Presidency to intimidate Tinubu and his political associates and scare him from making provocative statements or building a broad coalition against the present government as he did during the NADECO days.

“As the scaremongering by the army continues, Nigerians must come to the realization that the military has abandoned its statutory role and have now being dragged into partisan politics. Nigerians and the South West should hold the Jonathan led military responsible if any harm or danger comes to Tinubu and his family. The case of the ‘Unknown Soldier’ is too recent in our memory.”

Meanwhile, the former governor has said he will not be intimidated “by this latest show of strength, intimidation and possible harassment.”

He stated this while reacting to the presence of soldiers in places close to his residence.

“I remain resolute in my advocacy and support for the rule of law. Jonathan’s government has through the service chiefs staged a coup against Nigerians and the Constitution and now wants to silence his critics.

I will not be muzzled through the barrel of the gun. The guns and bullets they should use to defeat Boko Haram are now being turned against the opposition and innocent Nigerians,” he said.