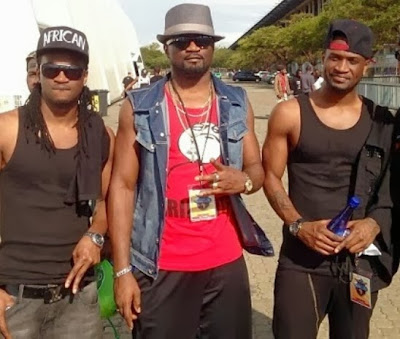 After intentionally snubbing the traditional wedding ceremony of Peter Okoye and Lola Omotayo, their elder brother, Jude Okoye has made his first public appearance with them.

Rapper Naeto C was also spotted with them.

Check out more photos of P-Square in South Africa below: 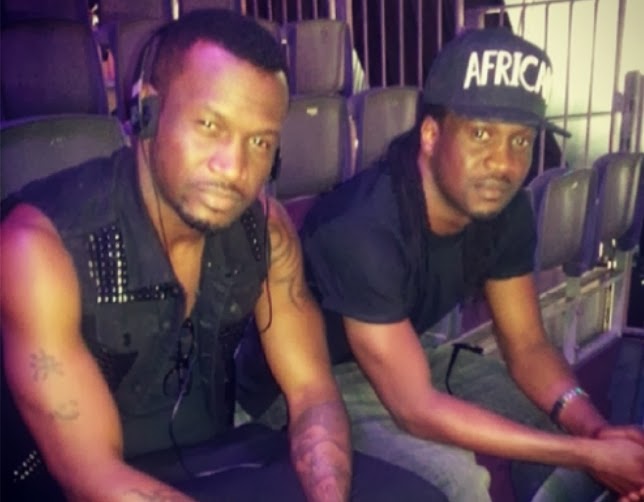 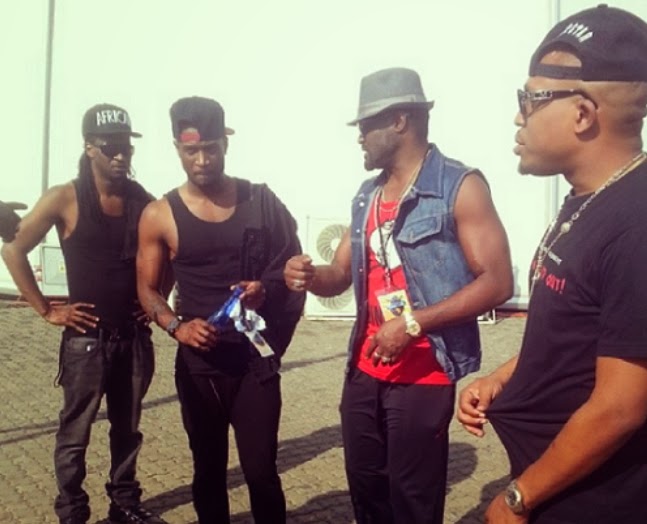