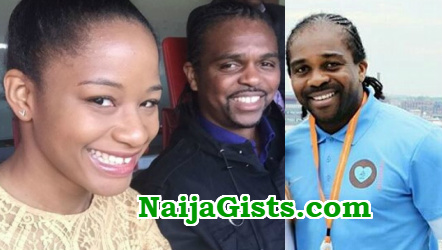 It is no longer news that footballer Kanu Nwankwo is working round the clock to recover his properties from AMCON (the Asset Managerment Corporation of Nigeria), his beautiful wife, Amara has also declared war on Kanu’s extremely broke younger brother Ogbonna Kanu.

Last week, Amara took to the social media to call out the younger brother of Kanu, Ogbonna for allegedly stealing the football ticket of her child.

NaijaGists.com did a mini Amebo project over the weekend to find out the cause of sudden outburst from cool-headed Amara who is known for minding her own business.

Here is what we found out.

His only source of financial help we learnt is his elder brother who is still struggling to get his main source of income, The Hardleys Apartments back from AMCON.

Our source said when Kanu Nwankwo could no longer give out money to Ogbonna as he used to, he (Ogbonna) picked up fight with Amara blaming her for being the reason his brother is no longer helping.

This, we learnt caused the tension between them.

The source said the ticket Amara accused him of stealing was actually not stolen, she just used the opportunity to vent out her anger.

The family source said the 31-year-old fitness expert has been called to order as  family sources taking side with Ogbonna maintained that their brother married a wrong woman. 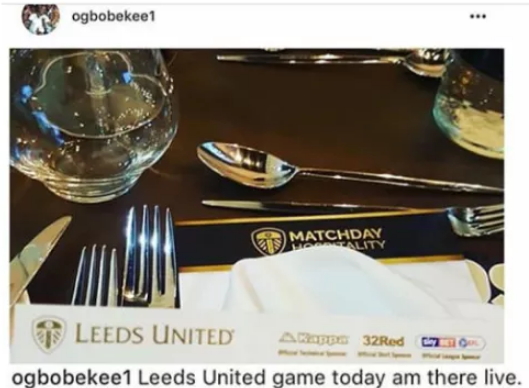 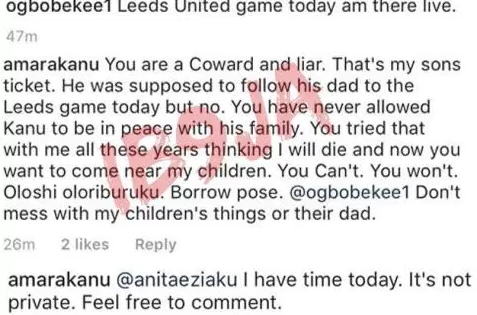