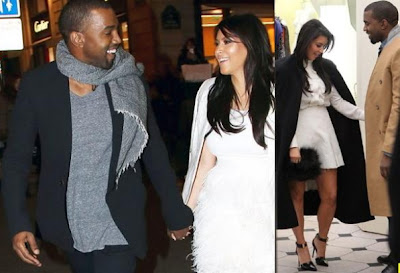 The mother of one has received a marriage proposal from her baby father, rapper Kanye West days after her child birth.

The reality TV star has accepted to marry her long time boyfriend and the lovers are planning a wedding in Paris this fall.

Though the 36-year-old rapper hasn’t officially seal his proposal with an engagement ring, but he plans to buy a £500,000 diamond ring for his 32-year-old girlfriend.

We also learnt the lovers have left for a secret location to start a new life with their baby girl.