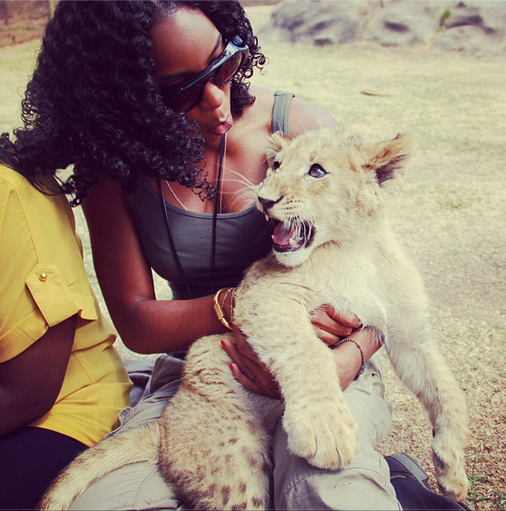 The talented R&B singer had to reevaluate her life’s worth after she escaped an attack while playing with a baby lion.

Next time when you see danger, run for your life.

Thank God she is alive to recount the RAWRRRR ordeal.