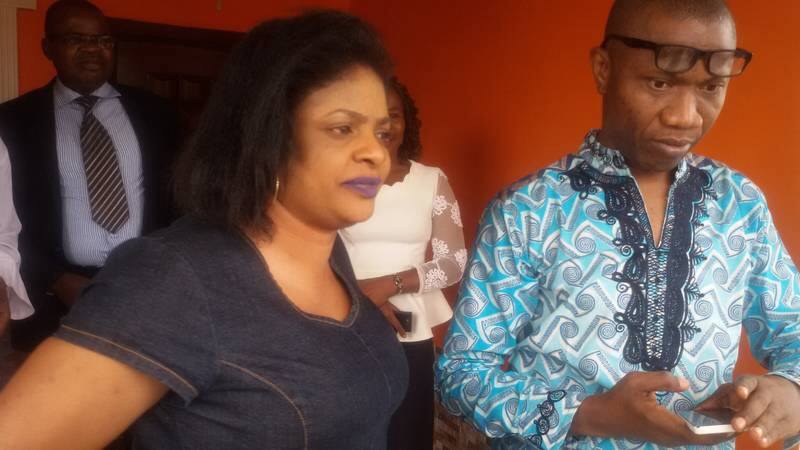 Sept 18, 2015 – Kidnapped Toyin Nwosu Set Up By Jealous Neighbours, Kidnappers Picked Her Up Because She Gives Away Transformer & Free Water Supply

Mrs.Toyin Nwosu, the wife of the Deputy Managing Director of the Sun, Mr. Steve Nwosu released early today by her abductors, after holding her hostage for four days.

Mrs Nwosu was released in the early hours of today by the kidnappers who had taken her away since Monday morning .

While Mr and Mrs Nwosu could not stop thanking God, security operatives and Dr Orji Uzor Kalu for the role they played in his wife return, Daily Sun learnt from a source close to the family that the kidnappers had dropped her off near Zenith Bank by Festac bridge and sped off with their boat.

“She was dropped around 2:30 am the same hour she was abducted from her house on monday.” the sources stated.

He further stated that the kidnappers told Mrs Nwosu that it was people in the area that gave them the information about her.

“They told her that they were given information that she has always been good to the area; providing transformer and free water supply.”

Speaking on how Mrs. Nwosu was released, Mr Nwosu said that he was called to drive to the location without informing anybody. “I did as I was told low and behold my wife was waiting stranded in the middle of the night.”

When questioned if he paid the ransom his wife’s abductors requested “do I look like I have N100m lying somewhere. All I know is that she was picked from this house and dropped at somewhere. Every other thing that happened in between I don’t know.”

We gathered that Mrs. Nwosu was not physically injured but has a clog of blood on her left eye which she said was as a result of a log entering her eyes when her abductors squeezing her through an unidentified bush.