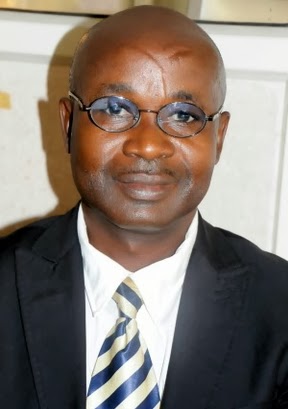 Obadina, who was killed near his house in the Ikorodu area of Lagos State on February 1, 2014, was the Deputy Saturday Editor at Newswatch which is a subsidiary of Energy Group.

The slain editor left behind an aged mother, wife and children of 12, nine and five-years.

According to a statement on Thursday, Ibrahim promised to sponsor Obadina’s children up to university level.

“In addition, Obadina’s widow will be set up as an entrepreneur, which is a demonstration of the operational policy of our organisation, that every worker should be self-sustaining and a manager of resources,” the statement reads in part.

It added that the organisation would bear the cost of Obadina’s burial on February 15, 2014 in his home at 2, Macjobi Crescent, Adamo, Ikorodu, Lagos State.

“The GMD noted that Obadina was an accomplished journalist, who distinguished himself as a competent employee from inception of the newspaper, adding that beyond the competence, he demonstrated uncommon loyalty to the organisation,” the statement reads.

Ibrahim was quoted to have said he felt obliged to ensure that the family of Obadina was not left in the cold. He thanked well-meaning Nigerians for their concern and condolences since the tragic incident occurred.