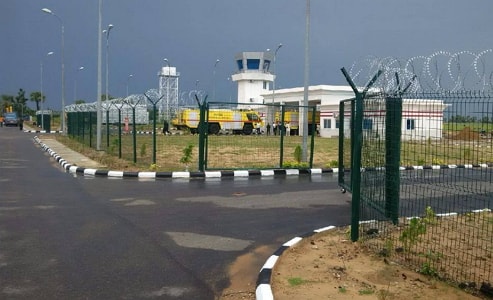 Residents of Dutse in Jigawa are currently sleeping outside their homes due to excessive heat, investigations by our reporters have revealed.

Since the beginning of hot season in March, residents have abandoned their rooms to sleep outside their premises.

Further investigations revealed that people not only sleep in open spaces, but under trees in front their houses till early hours of the morning.

Malam Kabiru Musa said that he had abandoned his room for almost three months now, since the beginning of the prevailing heat.

A house wife, Hajiya Hadiza Abubakar, said that she had been sleeping outside with her husband and children in the last three weeks.

“In fact we sleep outdoor in view of too much heat, doctors said that too much heat and sleeping in a room without good ventilation can cause meningitis’’ Hadiza said.

Isyaka Gomna, a resident of Danmasara village, near Dutse also said that he couldn’t remember when last he slept in his room, due to excessive heat being experienced across the state.

A medical Practitioner in Dutse, Dr. Bashir Ahmed, said that was a wise decision that people are now sleeping outdoors.

Ahmed stated that the body could be affected by too much heat like weakness of the body, headache and high body temperature.

He explained that sleeping in a room without good ventilation could cause meningitis adding that the weather was prone to increase in mosquito bites.

Continue Reading
You may also like...
Related Topics:heat waves, jigawa