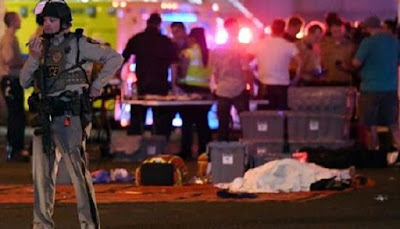 Stephen Paddock sat alone in his 32nd floor room at the Mandalay Bay Resort and Casino, the bright lights of the Las Vegas Strip at odds with the dark thoughts in his head.

The retired accountant was surrounded by a lethal arsenal assembled over four days since his Thursday check-in: Sixteen rifles, including automatic weapons, a single handgun and hundreds of rounds of ammunition.

Just after 10 p.m. Sunday, Paddock used a hammer-like device to smash the tinted glass of two windows high above the city. He grabbed one of the rifles, and pointed his weapon at thousands of country music fans below.

On the third and final night of the Route 91 Harvest Festival, the deadliest mass shooting in modern U.S. history was about to begin. 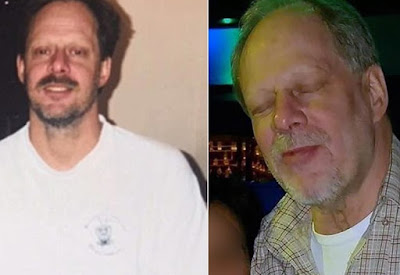 By the time Paddock ended the terror attack by taking his own life, 59 people were dead and another 527 injured. In the midst of one 31-second span, he fired a staggering 280 rounds, roughly nine bullets every second — from about 1,200 feet away.

“It was like a war zone,” survivor Joseph Ortunio told CNN hours later in a phrase repeated often Monday. “People were just dropping to the ground (or) running.”

The first of the gunshots sounded like fireworks popping in the distance. Chart-topping country music singer Jason Aldean stepped back from the microphone after hearing the muffled noise on a clear, warm evening.

Continue Reading
You may also like...
Related Topics:la, mass, shooter