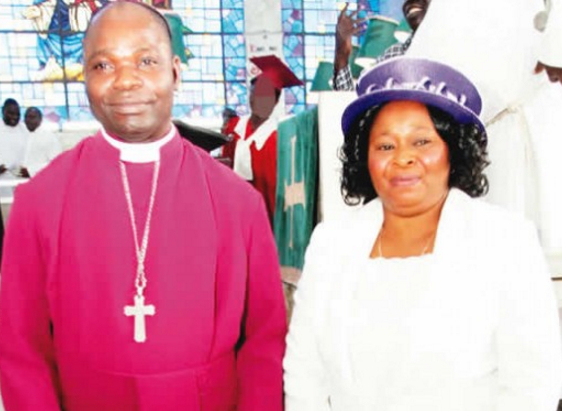 The wife of the Bishop of the Lagos Central Diocese of the African Church, Mrs. Dorcas Adebanjo, has been hospitalised after she was released by her captors on Tuesday.

We gathered from a reliable source close to the church leadership that N2m was paid by the church before she regained her freedom.

The source could not, however, tell if she was assaulted or manhandled, saying the church hierarchy had maintained seal lips on her condition.

Dorcas’ release came exactly a week after her husband, Rt. Rev. Gabriel Adebanjo, regained his freedom from the captors.

Our correspondent had reported that the Adebanjos had travelled to Delta State on December 5 to attend an adult harvest programme, which was supposed to hold the following day, but never made it to their destination.

It was reported that they had got to Effurun Junction and met a fire incident which made them to change direction.

They were said to have been kidnapped on the new route by some gunmen, who shot their driver in the hand and leg.

The kidnappers had transferred the couple from their car to another vehicle which they brought for the operation.

It was also reported that the gang initially demanded N100m, but later reduced the ransom to N50m, N20m and later to N10m.

We reported that after the church raised N2m, the bishop was released, but his wife was detained by the kidnappers.

A source told us that Dorcas was released Tuesday night after the church paid another N2m, adding that she had been admitted to an undisclosed clinic in Warri.

He said, “She was released yesterday’s night (Tuesday) after the church paid N2m. She is receiving treatment at an undisclosed clinic in Warri in order to get over the harrowing experience she underwent for almost three weeks in the captor’s den.

“The church has not allowed anybody to see her, and they are not saying anything about her condition. But I learnt that she could not talk, and was still in shock.

“The church is not happy that it took so long before they could effect the release of the couple.

“The church members have expressed gratitude to God that she came back alive to witness the Yuletide.”

Our correspondent was told that the couple would return to Lagos after they had recuperated.

“We expect them to return after they must have fully recovered, because they have emaciated terribly,” he added.

However, the diocesan Publicity Secretary, Chief Femi Adetona, could not be reached to comment on the matter.

It was learnt that the church was embarrassed by police’s insistence that they were not carried along in the matter.

The state Police Public Relations Officer, Celestina Kalu, said she was not aware of the release, adding that the church had not been cooperating with the police.

“I am not aware of the release and there is no way we can apprehend the kidnappers since the church did not give us the phone number or any link with which to arrest them,” she said.