Media folks call him Tunde Oriowo but his real name is Tunde Orilowo. He is a wealthy guy who has lots of investments in Lagos and all over Nigeria.

He has dated several women in the past. Due to his lavish spending habits, he has several women to his name. His newest wife is actress Laide Bakare who just bore him a son. 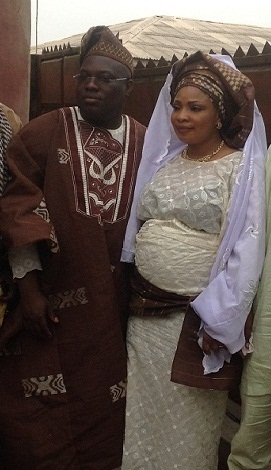 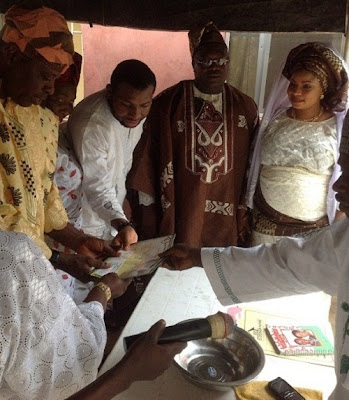 Photos from their Nikkah.

Laide Bakare’s new husband‘s name is Chief Akanni Tunde Mutairu Orilowo but he has come to be nicknamed ATM. And that is not really because ATM can be deduced as initials from 3 of his names viz: Akanni Tunde Mutairu but more because of his spending prowess in the social circles.

It has gone down on record in recent times that ATM, who is the Chairman of Primavera Group of Companies consisting of Primavera Engineering Construction Ltd., Primavera Oil & Gas Ltd., Mabo Dredging Company and Orilowo Investments and Properties, is one of the biggest spenders on showbiz stars. 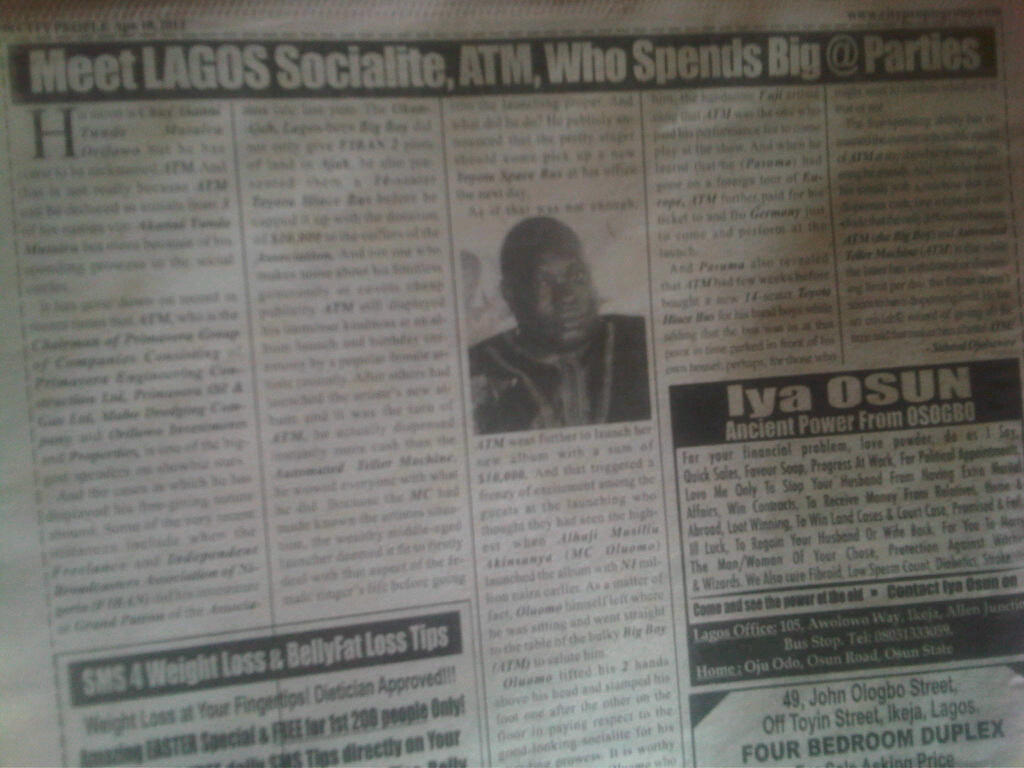 And the cases in which he has displayed his free-giving nature abound. Some of the very recent instances include when the Freelance and Independent Broadcasters Association of Nigeria (FIBAN) did his investiture as Grand Patron of the Association late last year(2011). The Okun-Ajah, Lagos-born Big Boy did not only give FIBAN 2 plots of land in Ajah, he also presented them a 14-seater Toyota Hiace Bus before he capped it up with the donation of $10,000(USD) to the coffers of the Association.

And not one who makes noise about his limitless generosity or covets cheap publicity, ATM still displayed his immense kindness at an album launch and birthday ceremony by a popular female artiste recently. After others had launched the artiste’s new album and it was the turn of ATM, he actually dispensed instantly more cash than the Automated Teller Machine; he wowed everyone with what he did. Because the MC had made known the artiste’s situation, the wealthy middle-aged launcher deemed it fit to firstly deal with that aspect of the female singer’s life before going into the launching proper. 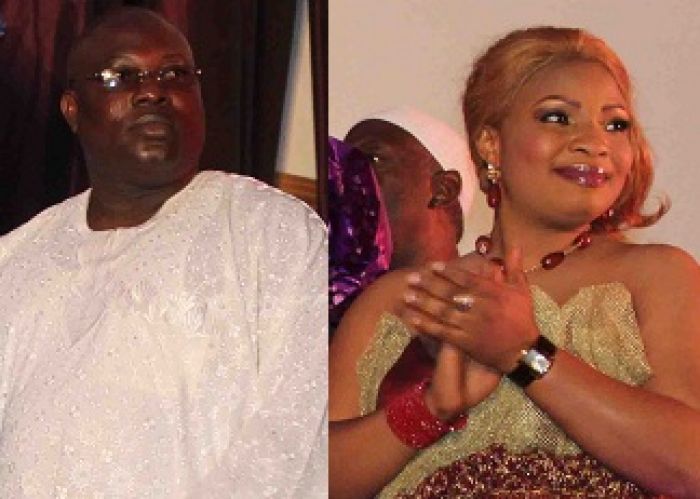 And what did he do? He publicly announced that the pretty singer should come pick up a new Toyota Space Bus at his office the next day. As if that was not enough, ATM went further to launch her new album with a sum of $10.000(USD). And that triggered a frenzy of excitement among the guests at the launching who thought they had seen the highest when Alhaji Musiliu Akinsanya (MC Oluomo) launched the album with #1 million naira earlier. As a matter of fact, Oluomo himself left where he was sitting and went straight to the table of the bulky Big Boy (ATM) to salute him.

Oluomo lifted his 2 hands above his head and stamped his foot one after the other on the floor in paying respect to the good-looking socialite for his spending prowess. It is worthy of note to state that Oluomo who is a top socialite and popular Lagos Transporter is a free-giver himself. And for him to have saluted another free-giver meant a lot to those who know how these guys spend money as if it’s going out of fashion.

Meanwhile, another revelation came at the same venue when Otunba (now Oga Nla of Fuji) Wasiu Alabi Pasuma who was the main artiste at the event mounted the stage. In telling how important ATM is to him, the handsome Fuji artiste sang that ATM was the one who paid his performance fee to come play at the show. And when he learnt that he (Pasuma) had gone on foreign tour of Europe, ATM further paid for his ticket from and back to Germany just to come and perform at the launch.

And Pasuma also revealed that ATM had few weeks before bought a new 14-seater Toyota Hiace Bus for his band boys while adding that the bus was as at that point in time parked in front of his own (Omole Phase 1) house; perhaps, for those who might want to confirm whether it is true or not.

The free-spending ability has remained the current unbeatable record of ATM at any showbiz or social gathering he attends. And while he shares his initials with a machine that also dispenses cash, one might just conclude that the only difference between ATM ( the Big Boy) and Automated Teller Machine (ATM) is that while the latter has withdrawal or dispensing limit per day, the former doesn’t seem to have dispensing limit. He has an enviable record of giving all the time and that makes him a better ATM!

Not only did he spoil her with millions of naira, he has bought several properties for her.

All these free gifts forced Laide Bakare to dump her Americana-hubby, Olumide Okunfulure.

Note: An average ATM card has a life-span of between 3 to 4 years. It is only hoped that Laide Bakare’s made exclusive “ATM Card” would last much longer…