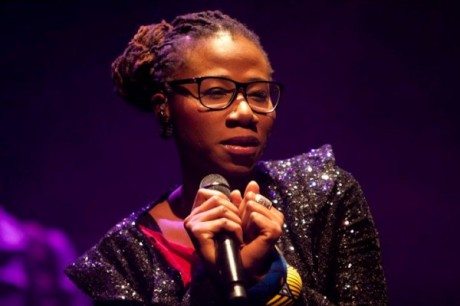 Naijagists.com just learnt that singer Asa is  set to appear in a Lagos court this afternoon. Details are sketchy for now, but our reporters are in the court room monitoring proceedings. naijagists.com

Justice A.J Coker (Mrs) got to  Courtroom 23 of the Lagos High Court, Judicial Division Annex at 8:45.

As at 9AM, Justice Coker was filing papers. Asa was not yet at the courtroom.

Only a few journalists including reporters from AP and National Mirror are at the Lagos High Court Annex.

According to the court roaster, Asa’s case will be the 19th for Justice Coker today.

It might not be a case of FGN vs Asa being accused of lesbianism as is being rumoured.

According to NET,  the musician is suing a Lagos-based celebrity magazine  ‘News of the People’ for a published article alleging she’s a lesbian. We’re told this case has been on for sometime, and is now nearing conclusion. The case has been adjourned till April 26, 2012 when Asa is expected to be present in court.

Stay in touch for more updates.