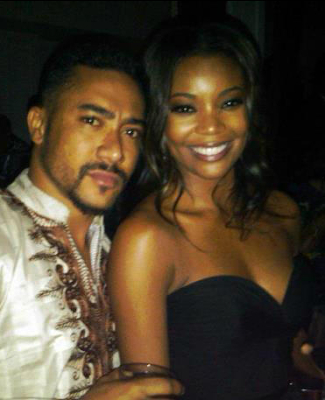 From the look of things they’re both at a night club.

The above photo has sparked the rumour that the two might be dating which is inline with Gabrielle’s claim that she remained young and fresh because she loves dating younger men.

That being said, we can’t rule out the possibility that the two might be dating.

41-year-old Gabrielle Union is divorced while 32-year-old Majid Michel on the other hand recently said he is single and ready to mingle.

They look lovely together.