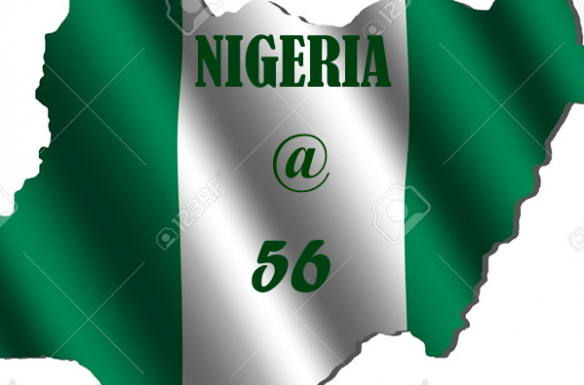 October 1st, 2016 – Nigeria Is The Most Difficult Country To Govern In The World..With 3 Major Tribes & Many Sub-tribes..Change May Be Impossible

The Real Trouble With Nigeria An article By Tony Ogunlowo

Thirty-three years on this is still true but with an added ‘but’.

Nigeria is a very difficult country to govern: if not the most difficult in the world to govern. You have three major tribes with god-knows-how-many sub-tribes. Three major languages are spoken with over four hundred dialects. There are supposedly two major religions – Christianity and Islam – and again god-knows-how-many different heathen gods that are also worshipped.

Again you have over a hundred and eighty million inhabitants, most living below the poverty line and largely uneducated.

So many people to think of; of different tribes, religions, political affiliations and languages under the umbrella of one nation to be governed by one-person – a President.

In the past thirty years we’ve seen the ‘Buhari-IBB-Sonekan-Abacha- Abubakar’ governments and also the’ OBJ-Yar’Adua-Jonathan-Buhari’ governments. Some were dictators whilst others were elected. It doesn’t matter where there is an APC or PDP Federal government there will still be moaning and groaning.

Nigeria is a mess as a result of poor leadership, going back for decades, lack of foresight and the lack of accountability on behalf of everybody – from the humble market porter to the President. It’s easy to criticize, judge and condemn others without taking a good look at our very selves in the mirror. To borrow a Christian phrase ‘first remove the plank from your eye before you proceed to remove the speck of dust from brother’s eye’. We are all guilty of bringing the country down to its knees.

With the exception of the military juntas that have ruled Nigeria since independence every civilian government has been voted in by the people – NPC-NNDP, NPN, PDP, APC….

When you have a political system where 99% of those in government are corrupt and inept, or intend to be, you have a problem. Money and harmony go hand in hand. If there is no money to go around because someone has pilfered it there will be general dissatisfaction and even if God was President he won’t be able to run the country and keep everybody happy.

For those who still remember the oil-boom years ( Udoji awards, car and housing loans for graduate workers etc.) of the 70s and early 80s when money was plentiful and corruption was minimal the Head of State of the day had no problem running the country. There was little or no talk of religious or tribal differences as everyone got on with what they were supposed to do – honestly.

That was then. Nowadays the President has to struggle to run the country. He has to deal with the politically-correct brigade who’ll accuse him of playing the North-South, Christian-Muslim game. He has to deal with corrupt fellow politicians, current and past, who hide behind fancy lawyers and Section 308. But most important of all he has to deal with the mind-set of the people. As a race Nigerians are stubborn and don’t take to change very easily. We want things the way we want it and not the way it’s supposed to be. As a result because we’re stuck in our ways the way forward becomes clouded. Gone are the days when the military boys used to issue decrees forcing us to do things. Now we have democratic governments and everything has to be done by the vote opening the door for us to get up to all sorts, rarely doing the right thing.

If we want change we all have to change. Not just the President at the top of the food-chain but everyone. Ditching our age-old habits won’t happen overnight as Rome wasn’t built in a day but a will to start will be a step in the right direction.

The failure of leadership in Nigeria is not just down to one person, the President, not doing his job, but our collective responsibility to do the right thing.

It’s one thing to blame the country’s woes on the lack of competent leadership over the years but what about the governed people themselves? It takes two to tango. If everybody is doing what they’re supposed to do, the right way, then the leaders would have no option but to follow suit.

We condemn our leaders but at the same time our mind-sets allows them to continue with impunity. Isn’t Nigeria the only country in the world where we celebrate corrupt and inept politicians? You salute them, praise them, worship them and give them chieftaincy titles and your daughters – the same very people who have STOLEN YOUR MONEY plunging your country into recession, lawlessness and uncertainty!

The mind-set of the average Nigerian encourages the leaders to do what they want because the people, as a whole, are not righteousness enough to condemn them. If a small country like Ghana can consider impeaching its President for accepting a gift (bribe?) of a car what does that say of Nigeria? We have laws and a constitution but some people believe they are above the law – like Patience Jonathan (who wasn’t even voted into office) – and the people let them get away with it – even protecting them!

We may have bad leaders but we also have a bad populace. If the populace that puts them in power demands (I’ll stress the word ‘demands’) accountability they must account for their actions. If any politician has a clear conscience why hide behind lawyers and section 308? It’s not until you have something like the Arab spring before leaders are forced to change their ways – vote them out! There are sections of the Nigerian Constitution that can be implemented to impeach a President, a Governor, a Senator or anybody who holds a public office. The sad thing is it’ll never be done. Why? Because we as a people are happy to live of the crumbs of their illicit gains : happy to keep them in power to satisfy our religious or tribal status quo; happy to think ‘someone has chop im own’ from public funds whilst at the same time hoping and praying we ourselves can get into public office and ‘chop our own’.

And when we don chop everything finish wetin go remain for future generations? Nothing!

Now we’re at square one again – no money in the country and a biting recession – and we’re wondering where it all went wrong.

Don’t just blame the leaders, blame yourselves too!

The people who fought and died for this country’s independence didn’t do so in order for a future generation of over-rated imbiciles to come and loot and plunge the country into darkness.

Nigeria: Change, Crisis, Their Relationship And Way Forward – By Maxwell Adeyeri
True Confession: I Almost Fainted The Day I Saw Him Naked – Iniobong From Calabar