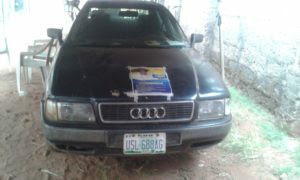 A suspected cult member identified as Dupe Idahor was on Friday killed by some suspected cultists during the burial ceremony of his mother.

The deceased 44-year-old Idahor was at the Lying-in-State Of his mother, Deaconess Taiwo Albert who died aged 82 on 4th Nosayaba lane in Benin city Edo state around 9pm when some cultists shot him at close range.

According to an eyewitness, the cultist who drove a different vehicle to the murder scene left in another car belonging to the friend of the deceased.

The source said on hearing gunshots, guests and musician invited to perform at the ceremony fled the scene.

The deceased was under the canopy with his friends when the gunmen opened fire on him.

According to the victim’s sister, late Madam Taiwo Albert was buried on Saturday morning. 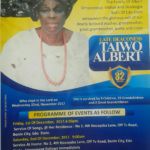