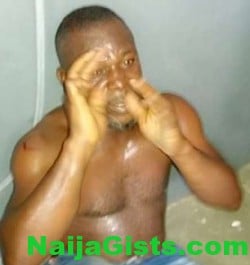 A man identified as Emma Oji has been murdered in Alayi, a village located in Bende LGA of Abia state for allegedly committing adultery with a married woman in the area.

According to a witness, the woman had earlier told her husband she was going to visit her parent but later ended up in another man’s house close to the community a couple of days after.

The youths in the area who regarded the incident as an abomination invaded the man’s house and lynched him as the woman was said to have fled to an unknown destination.