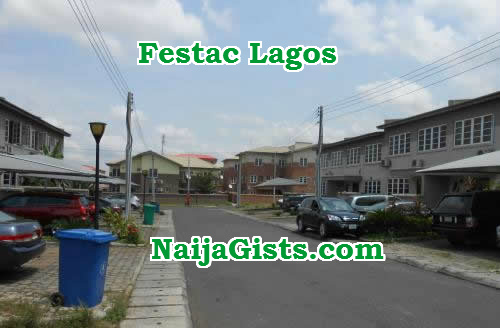 Interpol, International Police in Benin Republic have arrested the man who allegedly killed his live-in-lover on Christmas Day at Festac area of Lagos State and fled. The suspect, Monday Hounga, 28, was arrested on December 31, 2015, about 11:45a.m. by Nigeria/Benin joint patrol. On Friday, he was handed over to the Nigeria Police, the State Criminal Investigations Department (SCID), Panti, Yaba, Lagos State. Hounga is, however, denying being responsible for the murder of his girlfriend.

Fielding questions from detectives, Hounga said he and his lover, Cecilia Joseph, 21, were attacked and stabbed by armed robbers. The suspect, on Christmas Day, was said to have stabbed Joseph to death and fled to Benin Republic. A resident, who pleaded anonymity, said the lovers quarrelled for over an hour and later resorted to fighting after Joseph received a phone call from another man in front of Hounga.

After the call, Joseph wanted to go out, but Hounga ordered her not to. He felt she was going out to meet the caller. Joseph ignored the order and went on a date with the caller. This apparently infuriated Hounga. When Joseph returned, the lovers embarked on another round of fighting. The fight was said to have lasted till midnight.