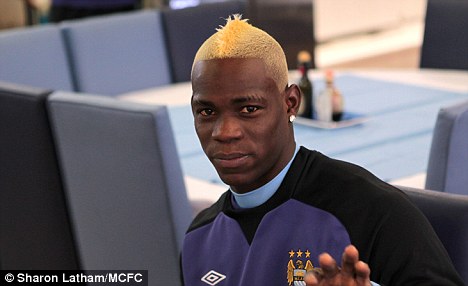 It has been a troubled start to 2013 for Mario Balotelli following his public bust-up with manager Roberto Mancini – but could a new look bring a fresh start for the troubled striker?

The Manchester City forward rocked up to training this morning sporting a blond bombshell look after bleaching his hair.

The trademark hairstyle remains the same but the striking colour could not be more different.

He’s gone for the blond look before but restricted it to the stripe pattern down the middle.

Now, though, Balotelli has gone all-out, courtesy of his styling by celebrity hairdresser Daniel Johnson, better known as Daniel J.

The Italian seemed on his way out of City after a training ground fight with Mancini on January 3 but his manager forgave him and said he would give Balotelli ‘100 chances’ to change his ways. 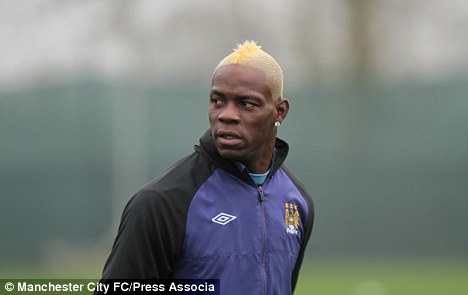 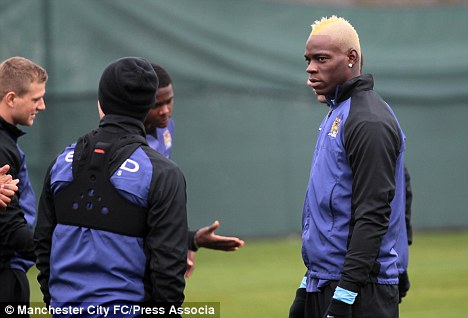 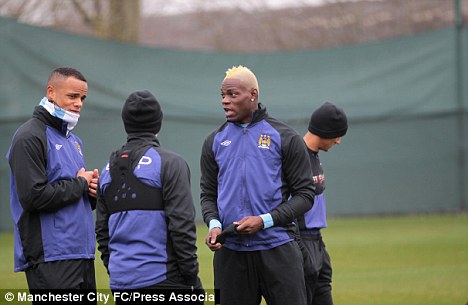