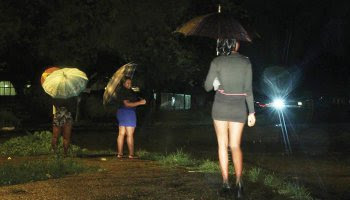 A retired police officer cheating on his wife with another lady has ended his own life.

The victim of untimely death, Walter Musakaruka allegedly drank a liquid suspected to be poison after he caught his prostitute mistress in bed with another man at Beitbridge Town in Bulawayo Zimbabwe.

According to The Chronicle, the deceased who was unfaithful to his wife was shocked when he suddenly caught his mistress entertaining another man in the bedroom of an apartment he rented for her.

He reportedly assaulted her before committing suicide.

The man who left the police force in 2008 was married to a female police officer stationed at Mzilikazi Police Station in Bulawayo.